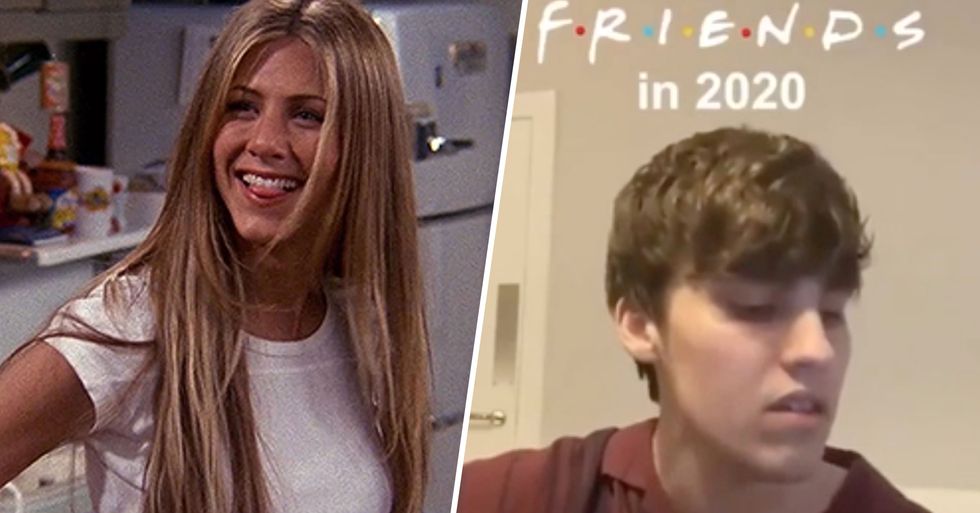 Jennifer Aniston took to Instagram to share a hilarious clip of what the Friends theme tune would be like if it was filmed during the global pandemic.

Keep scrolling to have a listen...

The show propelled each cast member into superstardom, with the show winning several Emmy's during its ten-season run.

Fans were heartbroken to learn that it was over... for good.

But, as we were finally beginning to accept we wouldn't see the gang on our TV's again, Jennifer Aniston only went and totally changed the game...

We can always count on Jennifer Aniston to give us fans what we want...

And she never fails to deliver.

And when Jen created an Instagram account last year, she wasted no time in giving us fans what we want...

For her first post, she shared a selfie of herself and the rest of the Friends gang, clearing enjoying an evening together. "And now we’re Instagram FRIENDS too. HI INSTAGRAM," she captioned the post.

And finally, a few months ago, our prayers were answered.

Jen, along with the rest of the gang, posted this Instagram post which confirmed an official Friends reunion on HBO.

Of course, thanks to the global pandemic, the reunion has been pushed back to May 2020...

But an unscripted episode is happening.

All we can do is rewatch Friends over and over again and stalk the gang on Instagram!

Jennifer has been posting several updates on her Instagram stories...

And her most recent one was hilarious.

Stewart is a musician and he decided to mix up the lyrics a little bit in the Friends theme song, "I'll Be There For You" to see what it would have sounded like if the show was filmed during the pandemic.

The song started off the same...

But the lyrics are soon changed. "It looks like we'll be inside for a year, it might only be a day, a week, a month... it's really not clear," he sings.

At one point in the video, Stewart is seen opening his fridge looking bored and miserable.

And when it comes to the chorus...

Jennifer was clearly a big fan!

Listen to the song for yourself here...

And make sure to keep scrolling to read about how Brad Pitt won back Jen's trust...