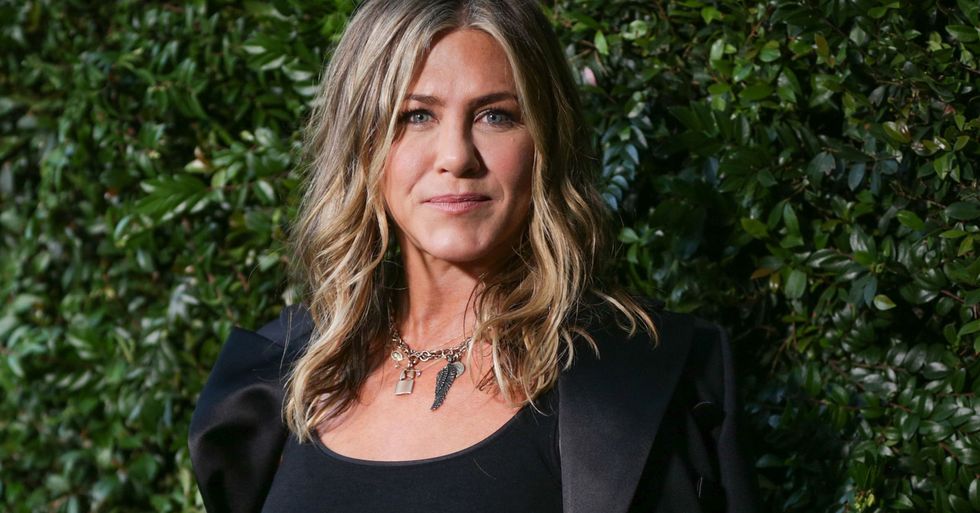 Fifty-one is the new twenty... if you're Jennifer Aniston, that is.

The star has proved you can look better than ever at fifty-one as she showed off her toned physique on Instagram this week following her birthday photoshoot.

Fans have been praising the actress and truly can't get enough of her latest snaps - even Courteney Cox couldn't help but fangirl. Keep scrolling to take a look.

But, as we were finally beginning to accept we wouldn't see the gang on our TV's again, Jennifer Aniston only went and totally changed the game...

The actress seemed very keen to get together with her former castmates...

But there's one thing that Jen previously never joined in with her fellow castmates...

A whole host of celebrities were excited by Jen's debut pic.

David claimed that he was actually there.

But the most recent post was a stunning one...

Just when we thought we couldn't love her any more...

And she well and truly celebrated in style.

Of course, Courteney Cox chimed in on the celebrations...

The Monica to Jen’s Rachel knew an online acknowledgment was needed – and the one she went for was totally incredible!

Cox actually dressed up as her pal.

“No matter how hard you might try… there’s only one Jennifer Aniston. Happy birthday my dear friend."

But the best part of Jen's birthday was the surprise photoshoot she had with Interview Magazine.

And she uploaded a series of 3 pics from the shoot.

She's looking better than ever.

"Thank you @interviewmag for this birthday surprise. I had no idea this would be coming out today. Feeling proud and honored to be celebrating with this cover. Thanks to the Interview team for celebrating women at every age... turns out 51 is pretty fun," she wrote.

But there's one pic, in particular, that got everyone talking.

Because her physique looks so damn good! Keep scrolling to take a look for yourself.

In fact, her comments were flooded with compliments.

A whole host of famous faces took to Instagram to gush over the actress.

Even Courteney Cox couldn't help but fangirl over her bestie...

We can't get enough of their friendship.

If we look half as good as this when we're fifty-one we'd certainly be happy. Want to read more on our favorite Friends star? Jen recently spoke out about the rumors that she and ex-beau, Brad Pitt were dating again. Keeps scrolling to see what she said...