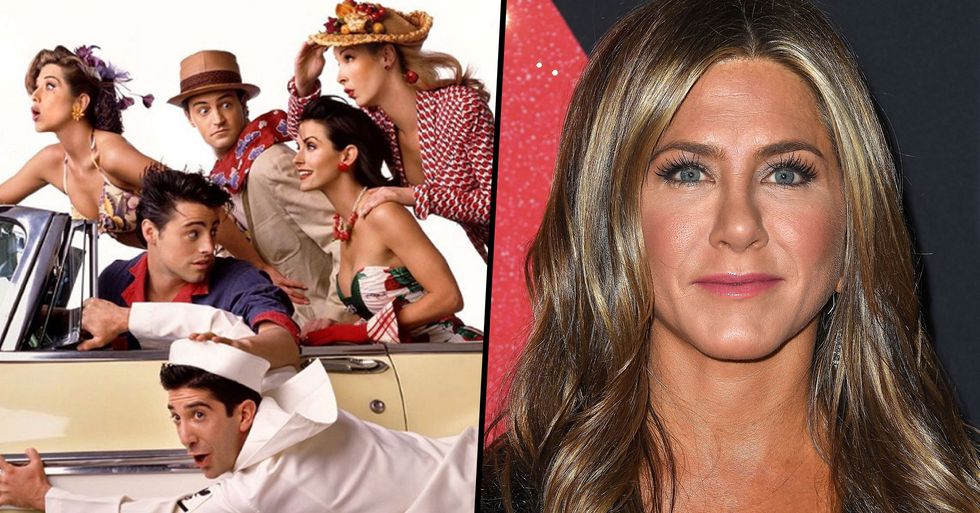 Jennifer Aniston Slammed for Response to 'Friends' Reboot Being Delayed

Chloe Rowland
Jennifer Aniston has spoken out about the Friends reunion and it seems people are far from happy with what she had to say...

Plans surrounding the long-anticipated Friends reunion have been well and truly messed up.

Amid the pandemic, plans were put on hold, leaving fans devastated.

We have so many questions...

This week, Jennifer Aniston has spoken out...

And she gave fans another update on the progress of the reunion.

But it seems not everyone was impressed with the star.

In fact, the star was slammed for her response.

And its safe to say the actress landed herself in some hot water.

Let's be honest, Friends is arguably one of the most successful sitcoms of all time.

A trailer for a Friends movie went viral in 2018, giving superfans false hope that the sitcom was hitting the box office...

And it wasn't just the cast who had their doubts...

Fans were asking a lot of questions...

And thankfully for them (and us), Courteney Cox has revealed exactly what to expect.

Naturally, fans were crushed by the news...

As if this pandemic couldn't get any worse?!

The reunion has been constantly rescheduled - with potential dates flying around.

But it looks like its been delayed once again.

The production has been postponed a total of 3 times now.

But, after hearing what the actress had to say...

So, what exactly did she say?

The actress started off by saying how unfortunate the delay was: "It's very sad that we had to move it again," she explained. "It was, 'How do we do this with live audiences?' This is not a safe time. Period. That's the bottom line. It's not a safe time to do it."

While there's no set time for taping, the star is remaining hopeful.

"It's going to be super. You know what? This has also given us more time to make it even more exciting and more fun than it would have been," she explained. "So I choose to see it as the glass is half-full that it got postponed."

She then said this...

"You're never going to get rid of 'Friends,' sorry. You're stuck with us for life guys." For more on Jen, scroll on to check out her "secret" tattoo and the meaning behind it...