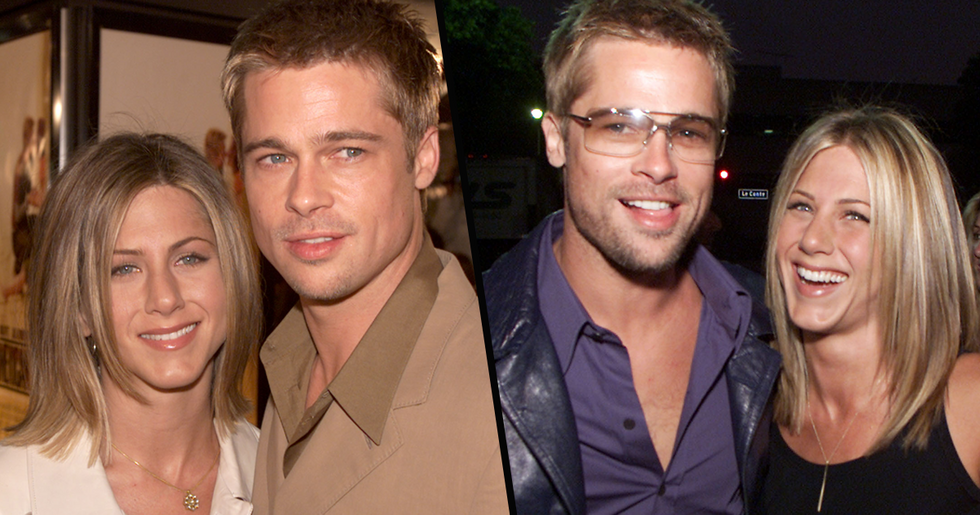 And now, Jen An's heartbreaking reaction to when Brad and Angelia went public has re-surfaced and it's just as devastating. Keep scrolling to find out what she had to say...

The ceremony itself cost a hefty one million dollars, with $76,000 spent on security. Guests were asked to sign confidentiality agreements and airspace surrounding the ceremony was restricted. Brad and Jen sure were sticklers for privacy!

In the Rolling Stone interview, Aniston divulged how the couple had purchased a $15 million property, liked to bond over music, and may or may not be potheads.

Brad and Jen seem to have reconnected during these difficult times.

We'd been eagerly awaiting acknowledgment from Brad or Jen.

But recently, "friends" might not be the label for them any more...

According to Star Magazine, the pair have rekindled their relationship so much that they are spending quarantine together in Jen's Los Angeles mansion!

An insider revealed these secrets:

"Brad and Jen have been spending most of their time together during their lockdown," they said. "The whole experience has brought them even closer. They both feel humbled and grateful for everything they have right now, especially each other."

Obviously, due to safety precautions, Brad has decided to just stick with Jen for the entirety of this pandemic though both their reps have claimed that this rumor is false.

But, of course, it didn't take long for the uglier side of their split to rear its head once more.

And this week, Jen's heartbreaking reaction to how Pitt and Jolie went public has resurfaced.

At the time of their split, rumors were rife that Jen and Brad were back together.

Especially when they were spotted hand in hand at a restaurant and sporting their wedding rings, despite announcing their split just a few weeks before. A source told The Mirror at the time: "Brad and Jennifer came in giggling and holding hands, they looked totally happy. It was a complete shock. "It was if the past few weeks hadn't happened. Over dinner they couldn't keep their hands off each other."

But all that changed on April 29 2005 when heartbreaking pictures of Pitt and Jolie surfaced of the pair on the beach in Kenya with her adopted son Maddox.

And just like the public, that's how Jen found out that Pitt clearly was in love with Jolie.

Having chosen to believe Pitt when he claimed nothing was going on, Jen retreated from the spotlight. “The world was shocked, and I was shocked," she told Vanity Fair.

She spoke out about her reaction to the pictures:

“I can’t say it was one of the highlights of my year. Who would deal with that and say, ‘Isn’t that sweet! That looks like fun!’? But sh*t happens. You joke and say, ‘What doesn’t kill you makes you stronger.’ “I have to think there’s some reason I have called this into my life, I have to believe that—otherwise it’s just cruel."

"Am I lonely? Yes. Am I upset? Yes. Am I confused? Yes. Do I have my days when I’ve thrown a little pity party for myself? Absolutely."

When Friends wrapped after ten years, while her husband was shooting Mr and Mrs Smith, he 'wasn't there' for her emotionally and didn't even attend the final episode filming.

Despite all the heartache...

The pair seem to be on good terms now. For more on Jen An, scroll on to check out the makeup-free selfie she posted that sent the internet into a frenzy...