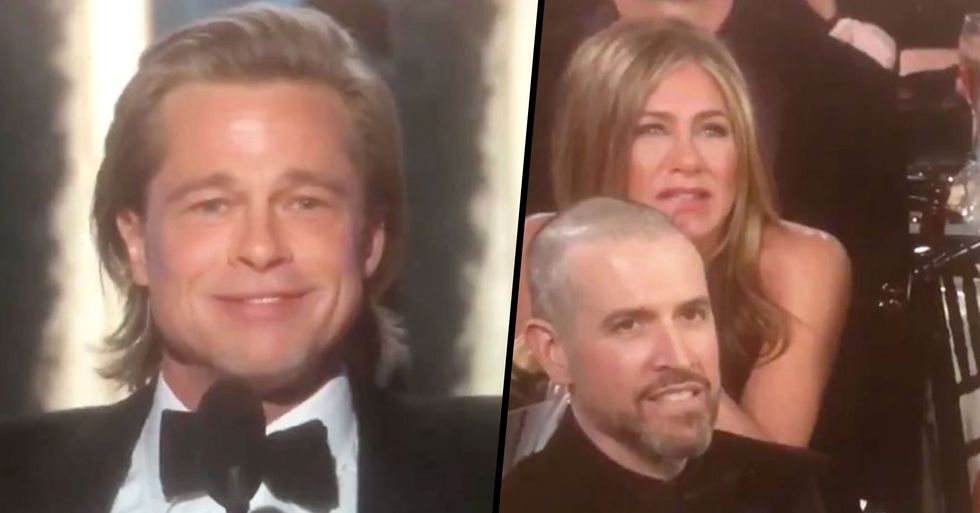 Last night saw the premiere of 2020's Golden Globe awards, where the British reigned supreme yet again. Our favorite actors from across the pond swept up some major wins but the rest of the world managed to pull it back. Other than the award winners, there was another major talking point of the show: the Australian bushfires. The show became a platform to raise more awareness about the current climate crisis destroying thousands of acres of Australian land.

But one thing stood out for everyone online. News of Jennifer Aniston's reactions spread as the most entertaining thing about last night's show and trust me, it's hilarious. Keep scrolling to see the video...

Last night's Golden Globes host Ricky Gervais took to the stage and gave us a night to remember.

And Gervais was only just getting warmed up.

But now onto the winners...

Even though there were some worthy competitors, the Brits managed to reign supreme. Our favorite actors and actresses across the pond stole the show, as they managed to sweep up a lot of the major awards including Best Actress (TV series), Best Director and Best Picture (drama).

This included Bard Pitt's win as Best Supporting Actor. After two decades of a life without a Golden Globe, Pitt finally got a taste of what it feels like to be amongst the winners.

But the best part of his speech had nothing to do with him at all...

As lovely as Brad's speech was, we were all too busy staring at Jennifer Aniston's reaction in the back. The pair have had a long history but they weren't lying when they said they were friends. They really are!

And the internet is totally in love with them.

@alyssabailey I still want them to get back together. There. I said it. I’m a sucker for a redemptive love story.
— Kristin Karnitz (@Kristin Karnitz)1578284706.0

This user emphasized how much she wants them to get back together.

Because she claimed Brad's biggest mistake was leaving Aniston in the first place!

And this user had other thoughts...

But they all consist of a similar theme.

It is possible guys...

If you're in the mood to read more about just how much the world loves Jennifer Aniston, then keep scrolling...