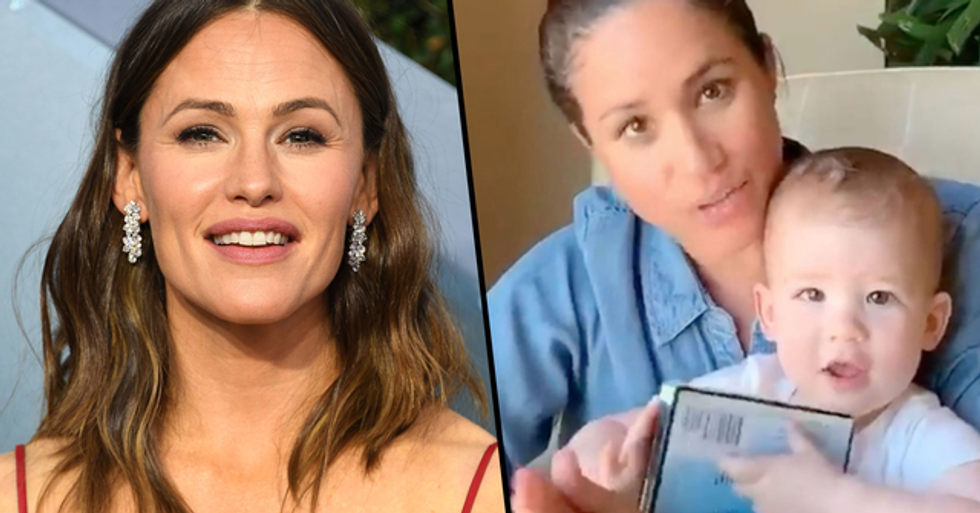 After weeks of cruel mom-shaming, Jennifer Garner has jumped to Meghan Markle's defense with the most beautiful message of encouragement.

Keep scrolling for the full story on the awful treatment of Meghan's parenting skills, and to read Jennifer's message for yourself...

Ever since her relationship with Prince Harry went public, people just can't seem to get enough of criticizing and attacking the young woman and her every move.

But, now that she's had a baby?

Well, this hate has only been fueled further.

To commemorate Archie's first birthday, Meghan shared a video of her and her son reading a storybook...

And it spurred a whole lot of backlash. But first, let's start from the beginning...

It all started with a blind date.

Harry and Meghan met back in 2016 when they were set up by a mutual friend who thought the two would hit it off.

The birthday messages poured in for the young royal...

Then Charles and Camilla offered their own "happy birthday"...

The video is insanely cute.

Many have been gushing over the video...

But, sadly, others haven't been so kind.

People have been criticizing Meghan for using the video as a way of getting "attention", and have even slammed her for "reading to the camera" and not her son. Good lord, people will pick at her for anything these days, won't they?

And others have been pointing out the same thing...

In the video, many think that Meghan looks "detached" from her son and that Harry comes across as the primary caregiver. Even though he isn't even holding Archie...

To some people, this means that Meghan hasn't bonded with her child.

It is total madness.

Where you can see clearly that Meghan is an attentive and loving mother.

But, amid all the mom-shaming comments, there have been many kind-hearted people jumping to Meghan's defense.

can everyone chill the fuck out and stop mom shaming Meghan Markle? she can hold HER baby however the fuck she wants
— connie (@connie)1563021698.0

But the most recent one has spectacularly shut down all the haters.

Actress Jennifer Garner has spoken out on the matter.

Jennifer, who is a mom to 3 children herself, posted a lengthy message of encouragement to Meghan on her Instagram account last week.

She reshared the video of Meghan reading to Archie and wrote:

"Dear Meghan and Harry. Thank you for sharing your gorgeous son with the world and allowing us to join you in celebrating his first birthday." She then went to thank them for choosing the Save With Stories charity to commemorate his birthday with, and noted the change they will have made to the lives of thousands of children.

She then weighed in on Meghan's skills as a mother.

And, instead of criticizing and judging, she thanked and congratulated Meghan on her achievement. "More than anything - watching you lovingly talk through the pictures while your clever Archie turns the pages - lifts all of us up and reminds us that what may seem like a duck just might turn out to be a rabbit. Thank you for this joyful and meaningful shift in perspective."

What a truly beautiful message. For more on the incredible woman that is Jennifer Garner, keep scrolling to read about the hilarious time she was high on drugs after a trip to the dentist...