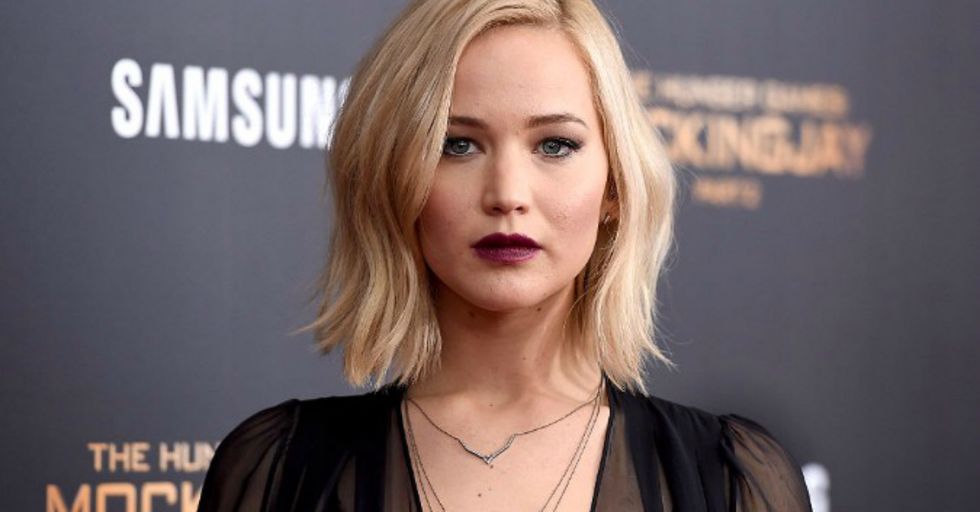 Job interviews are often intimidating, but you can usually be pretty confident about the fact that you're not going to walk into an office and be asked to take all of your clothes off in order to get the job. But when Jennifer Lawrence was younger and trying to get her big break in Hollywood, she was asked to do exactly that.

She revealed the details about her "nude line-up" experience at last night's Women in Hollywood event in Los Angeles.

For the past couple of weeks, a number of celebrities have started sharing their experiences with sexual harassment in the entertainment industry.

Among them are Gwyneth Paltrow, Angelina Jolie, and Cara Delevingne. This week, actress Jennifer Lawrence has added her name to the ever-growing list of women who have experienced sexual harassment in the entertainment industry.

What a week for that particular event, right? During her speech, Lawrence spoke about a time early on in her career that she was forced to participate in a nude lineup as part of the audition process.

"When I was much younger and starting out, I was told by the producers of a film to lose 15 pounds in two weeks," Lawrence began.

"During this time, a female producer made me do a nude lineup without about five women who were much, much thinner than me. We all stood side-by-side with only paste-ons covering our privates." Just awful.

Lawrence said that after the lineup, the producer told her that she should use the pictures of her naked body as motivation to lose weight.

Lawrence then said that she tried to stand up for herself and told another producer — this one a man — that she didn't feel the weight loss demands were appropriate. Rather than coming to her aid, the producer said he didn't understand why everyone thought Lawrence was "so fat," because he thought she was "perfectly f**kable."

Lawrence continued her speech by saying that when she was younger, she let herself be treated poorly because she felt she had to in order to have a successful career.

She no longer believes that, but it's been a process to get to that point. "I'm still learning that I don't have to smile when a man makes me uncomfortable," she said. "Every human being should have the power to be treated with respect because they’re human." We applaud the bravery of the women and men who continue to come forward to share their experiences with abuse within their industries. Thanks to their courage, we hope things will finally be changing for the better.