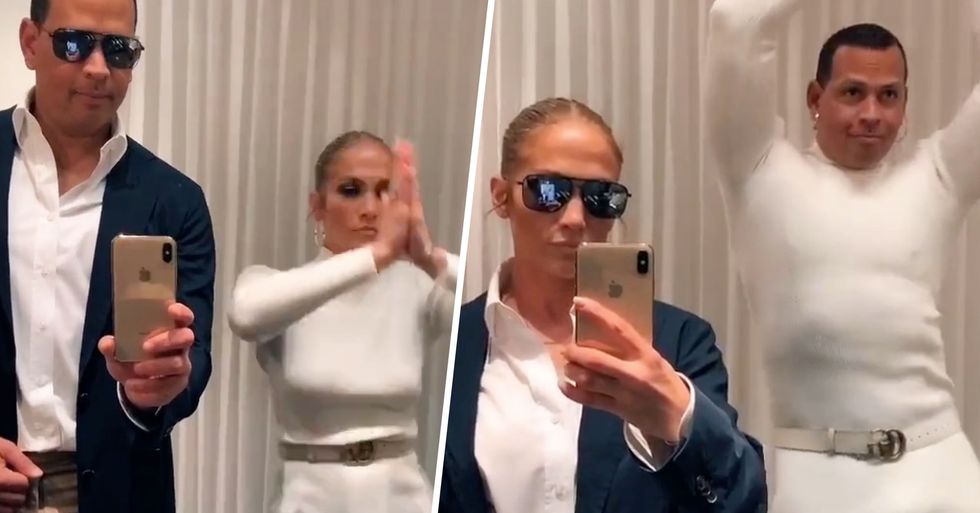 J-Lo and A-Rod are a match made in heaven - and their latest social media move has cemented them in the Hollywood couples hall of fame!

The couple that swings together...

Not like that... don't be accusing me of fake news! How cute do they look on that swing though, right? And the caption! Rodriquez says that being with JLo makes him feel like a kid again *cry face emoji* - you guys.

In this sweet post from last year, Rodriguez proudly posts his beautiful modern family. We can expect now that the pair are married that this family model will continue growing from strength to strength.

The latest trend to hit TikTok is called "Hit the Switch."

It's pretty simple - couples dance next to each other, and then cut to a shot of them with swapped outfits.

It's massively taken off.

And although it's simple, it's deceptively hilarious stuff ...

But the best one yet?

It has to be this rendition by J-Lo and A-Rod. Both are seriously working it.

The couple that Tik Toks together, stays together!

Fancy more from J-Lo? Scroll on for everything you need to know about her incredible role in Hustlers.