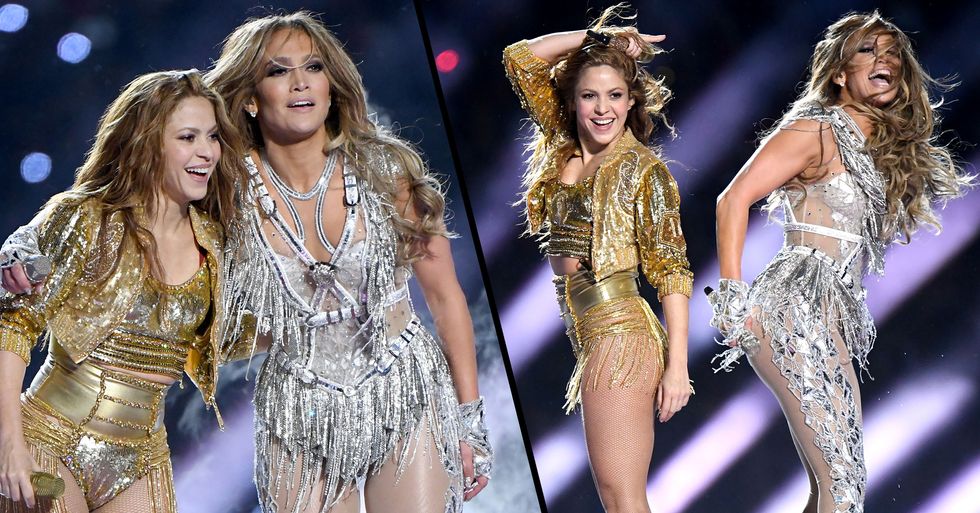 The biggest night in the sporting calendar arrived once again on Sunday.  The Kansas City Chiefs took on the Francisco 49ers in the 54th annual Super Bowl at Hard Rock Stadium in Miami Gardens, Fla.

But we all know that the Super Bowl is as much as about the music as it is football. And Sunday night's long-awaited half-time show performance has got everyone talking so much so that the entire internet is now filled with J-Lo and Shakira memes.

Keep scrolling to see why they didn't get paid...

And after giving us such an iconic stage, you would expect the two performers to secure a hefty paycheck... right?

Well, it only makes sense that they are rewarded for putting on the show of a lifetime. However, that might not be the case...

According to business outlets, neither Shakira or J-Lo will receive a cent for their efforts.

Forbes took it upon themselves to explain to us that this is normal tradition for performers who take the coveted halftime slot at the Super Bowl.

Even though they don't pay the performers directly, they pay a "union scale."

This means that the NFL are responsible for picking up the tab for costumes, lighting, hair and makeup, dance crews and everything else involving the performance which ranks up to approximately 10 million dollars. So I guess that kind of helps out...

The 2 performers get to see a drastic increase in their online streams. Just on Spotify alone, J-Lo saw her numbers increase by a whopping 335% while Shakira jumped 230%. And this also occurred for Demi Lovato, who sang the national anthem on the night and guests Bad Bunny and J Balvin who all saw their numbers double up.

So, I guess they don't really need a check...

The exposure alone was enough. Along with the halftime show, there was another Super Bowl moment that got the whole internet talking. Scroll on to see it.