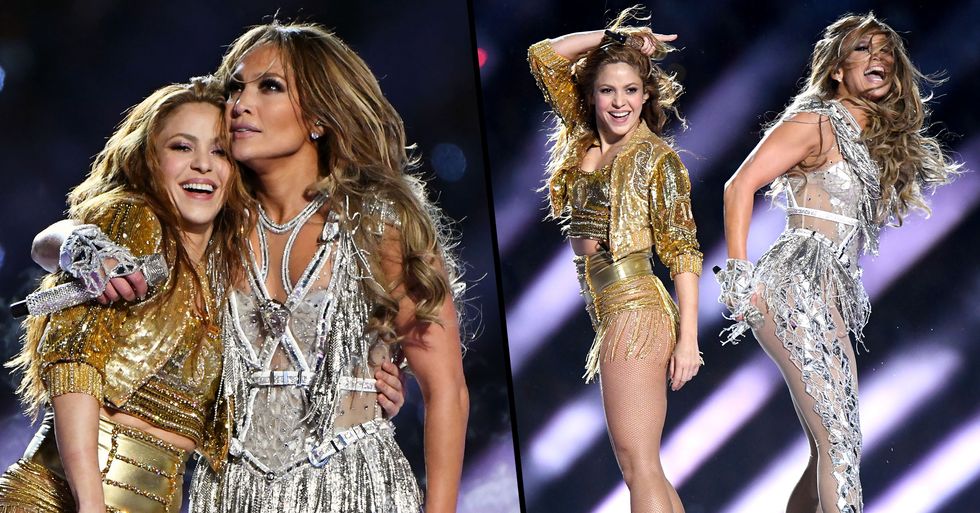 Back in February, this year's widely-anticipated half-time show featuring J-Lo and Shakira really got people talking - for better or for worse.

Now, it seems the performance could be in for an extremely impressive accolade...

And it looks like fans of this year's Superbowl halftime show are going to have some strong reactions.

Cast your mind back to February...

We know, it feels like centuries ago now. Well, we're sure you know that Shakira and JLo took on this year's Superbowl halftime show - marking the first time the music icons have performed on stage together.

Anticipation was sky high and after taking to the stage, let's just say Twitter had a lot to say about it!

In the 5 months since the pair took to the stage...

The dust has somewhat settled... there's been a pandemic, after all.

But, fans were shocked when the long-awaited Emmy nominations dropped this week.

Why? Because the halftime show scored some major nominations for the lucrative award.

Shakira took to Instagram to celebrate the nomination shortly after the announcement...

"I just heard from @JLo that we have four #Emmys nominations for the Super Bowl LIV HT show! That’s amazing. Thank you @TelevisionAcad and everyone who made this possible."

JLo also took to Instagram to react to the news.

And if you want a reminder of that performance, check it out below:

The annual Primetime Emmy Awards will air on September 21, 2020. Congrats, JLo and Shakira! For more like this, scroll on to read more on why JLo has been put on blast by fans after posting a "tasteless" throwback video...