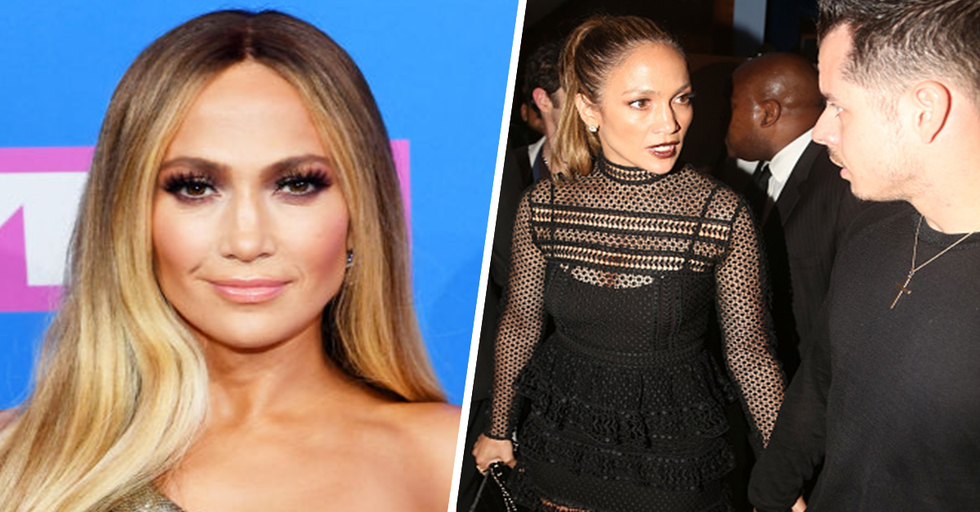 Jennifer Lopez Says Men Are Useless Before They Turn 33

Jennifer Lopez knows a thing or two about men. Her dating roster is a veritable Hollywood who's who list. During the mid-2000s, she was the reigning tabloid queen, and we can thank her for the birth of celeb name portmanteaus like "Bennifer."

Now, Lopez is showing us that she's learned a thing or two from these dating and marriage escapades. Namely, that men are essentially "useless" before they turn 33. But before we dig into the context of her controversial statement, let's take a little walk down memory lane...

No one can forget J.Lo's tumultuous public relationship (and eventual breakup) with Sean "P. Diddy" Combs.

In 2003, Entertainment Weekly reported that she said of their relationship, "It was the first time I was with someone who wasn’t faithful. I was in this relationship with Puff where I was totally crying, crazy and going nuts, it really took my whole life in a tailspin." Got to be honest. That does not sound like a healthy relationship. Some of you may be old enough to remember the firearm/nightclub fiasco Lopez and Combs found themselves embroiled in, and Combs' subsequent troubles with the law. After that, Lopez decided it was best to part ways before he dragged her into even bigger trouble. It seems that they've let bygones by bygones though, because in 2016, Combs told Power 105.1 FM's The Breakfast Club, "Me and Jennifer, people gonna be friends, man, people gonna grow, and, you know, any of my exes, they smile and they're happy to see me, you know what I'm saying, and that's all that was about."

In 2001, Lopez married Cris Judd, one of her former backup dancers.

In the same Entertainment Weekly piece, she said of Judd, "Coming out of a torrid relationship, I meet this sweet person who’s so refreshing. But marriage is not just about love. I thought I had learned that in my first marriage…. I loved Cris, still love him, he’s one of the best people. This wasn’t an easy thing to walk away from, but we didn’t have what it takes to make a marriage work…. Cris knows the last thing I ever wanted in this f— world was to hurt him." The marriage ended in 2003.

Next up? Ben Affleck.

To be honest, this relationship just feels like a really weird collective dream we all had and then promptly decided to forget about. After co-starring in what might actually be the worst movie of all time, Gigli, they got engaged in 2002. Soon after, the media coined the celeb portmanteau name "Bennifer," and well, the rest is history. Spoiler: this relationship ended in January 2004, after postponing their wedding indefinitely the day before it was supposed to take place. Gonna go ahead and say that's like, not a good sign.

They got married that very same June and settled in Brookville, New York. Together, they co-headlined a tour and on November 7, 2007, on the tour's last night, the couple confirmed that they were expecting a baby. But... surprise! It wasn't just one baby — it was twins. Lopez, a religious Catholic, told Elle that she didn't believe in IVF because, "I … believe in God and I have a lot of faith in that, so I just felt like you don’t mess with things like that. And I guess deep down I really felt like either this is not going to happen for me or it is. You know what I mean? And if it is, it will. And if it’s not, it’s not going to." Her twins, Max and Elle, were apparently conceived naturally. The news was confirmed by her father who told NME that "twins run in the family." Three years later in July 2011, Lopez and Anthony announced that they were divorcing, with Anthony officially filing for divorce in April 2012.

The couple was a hot topic in the press because of their shocking 18-year age difference, with Smart being the younger of the two. They dated on and off from 2011 to 2016 with a brief break in 2014. By the time they split, Lopez was 47 and Smart, 29.  And although it was probably contentious at the time, they've both moved on now. While reminiscing about the relationship, Smart told US Magazine, “She would absolutely give me advice when it came to acting, for sure. Coaching on certain auditions and stuff I had coming up or just advice. I would do creative direction for her shows and such, and I would bring my ideas and creativity to her world and to her music side and her performance side, and she would definitely help me with the acting side as far as the training facility more."

Fingers crossed this is the One!

So, now down to brass tacks. What was the context of this controversial statement?

Lopez recently appeared on an episode of dating app, Tinder's video series, "Swipe Sessions." In it, Lopez helped Brooke, a 29-year-old country singer, sort through some potential mates.  While they swiped through Brooke's matches, Lopez doled out some dating advice, stating, "Guys, until they're 33, are really useless." Though we can't deny that men take way longer to mature than women usually, that has got to sting for Casper Smart. Check out the video above to see the rest of their conversation!