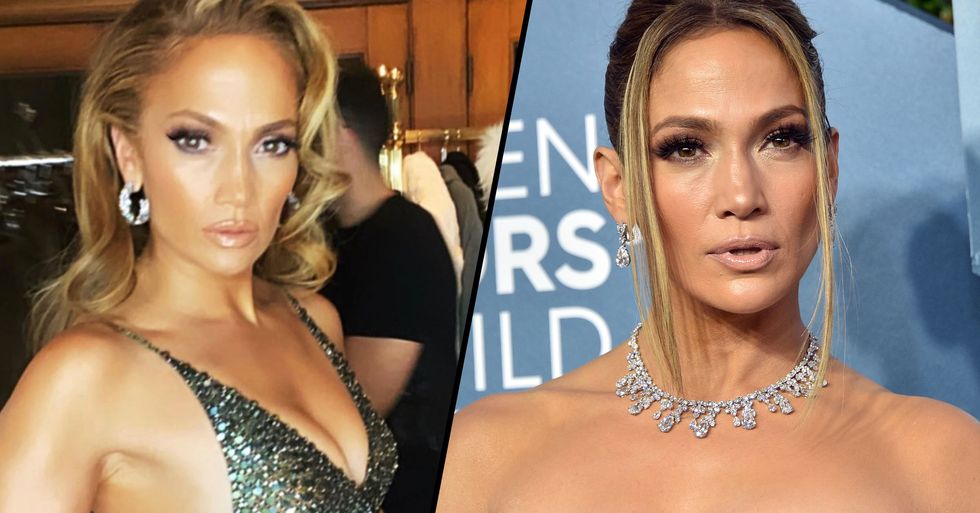 The paparazzi seem to have total disregard for the celebrities they're snapping pictures of. It must be tiring trying to live a normal life out of the spotlight when suddenly you're swarmed by press.

Jennifer Lopez has been the latest victim of a paparazzi ambush, and her actions have landed the star in some deep water, and it's not the first time.

Keep reading to find out which picture got the paps so worked up...

Celebrities seem to have a perfect life, all except for one thing...

They have absolutely no privacy. Left, right and center, they are subjected to flashing lights and cameras, even when they're out doing normal things like grocery shopping, or enjoying a drink at a bar.

Imagine having to constantly look over your shoulder...

Because you never know where a camera lens is hiding. And with the introduction of professional cameras on cell phones, it just seems to have gotten a hundred times worse.

Some altercations have gotten physical.

When you've had a long flight and you're just trying to get to your hotel room for a nice nap, you would think people would respect your personal space... But that's not the case for those in the public eye.

During a trip to the United Kingdom, Justin found himself on the receiving end of some pushing and shoving has he tried to enter his van.

There were some curse words thrown into the mix too.

And just as the door of the vehicle closed, it was swung back open to reveal an enraged Bieber, who decided to claw at a camera-swinging pap who stood his ground.

And don't even get me started on what happened to Britney.

The media aided in Britney Spears' breakdown in the early 2000s, which caused her to keep spiraling downwards until she was sat her all-time lowest state.

And even when she had reached that breaking point, they continued to hound her.

All for what? A couple of photos? What happened to Briteny was one of the more extreme cases and she continually talks about it in her documentary Britney Spears: Breaking Point. It's well worth a watch.

Anne Hathaway, star of The Princess Diaries and The Devil Wars Prada, previously took a stand against paps who had decided to follow her while she was enjoying a day out at the beach.

Because there was a lot of speculation about whether she was pregnant at the time...

She had a lot of extra stalkers that day to try to snap themselves an exclusive. But Anne knew better. She spotted them and within a few minutes, decided to post this picture to her Instagram.

Here we have it:

The caption was a personal message from "Annie": "Happy 2016 to my beautiful Instafriends! So, posting a bikini pic is a little out of character for me, but just now while I was at the beach I noticed I was being photographed. I figure if this kind of photo is going to be out in the world it should at least be an image that makes me happy (and be one that was taken with my consent. And with a filter. Wishing you love, light, and blessings for the year ahead! Annie."

She wasn't the only one to have this sort of response.

Taylor Swift and her friends were enjoying their trip to Haim when a bunch of camera-wielding losers interrupted their time to steal photographs of them in bikinis.

Does it get any sleazier than that?

Instead, T-Swift and her gang decided to post the pictures themselves. They weren't going to let those men get the "exclusives" they so desired.

And the latest victim is none other than Jennifer Lopez.

Her case, however, has a slight twist to it. Rather than getting annoyed with people for shoving a camera in her face, her downfall actually comes from reposting the paparazzi shots allegedly taken by agencies. But it hasn't stopped the star doing this multiple times...

According to documents, this is the third time it's happened...

Lopez posted a photo of her and her man, Alex Rodriguez, holding hands which resulted in Splash News and Picture Agency suing her for a whopping 150,000 dollars.

It seems a little absurd, doesn't it?

J-Lo is getting sued for using a photo of herself? What on earth?

Sue them for taking the photo in the first place!

However, this isn't the first time this has happened.

Back in 2018, Jennifer was involved in a similar scandal when she posted a paparazzi shot of her on Instagram which led the owner of the photo, Michael Stewart, to sue her.

Defiant Lopez not only refused to pay up for the alleged infringement at first, but she also demanded his case be dismissed in April last year.

However, she had a change of heart, which resulted in her and the photographer reaching a settlement in principle. The amount was not disclosed.

Lopez is being sued again for using a photo that doesn't belong to her.

According to court documents, New York photographer, Steve Sands is accusing the singer of copyright infringement.

He is seeking an excess of $150,000 in damages from her and her production company Nuyorican Productions.

The lawsuit states that Lopez used the photograph taken of her by Sands to "promote their brand" on Instagram, without receiving permission to post or giving any credit or compensation to the photographer.

That was a little shady of Lopez...

"Defendants did not license the Photograph from Plaintiff for its Website, nor did Defendants have Plaintiff's permission or consent to publish the Photograph on its Website," the lawsuit cites, due to this, the photographer is "entitled to statutory damages up to $150,000 per work infringed." Check out the picture causing all the fuss below...

The lawsuit was filed in Manhattan federal court by lawyer Richard Liebowitz.

It's sad to see Lopez back in the same sticky situation again.

But, hopefully, another agreement can be reached. The bottom line is that the paps have way too much control over content that they wouldn't be getting if it wasn't for these celebrities. They are using the lowest of methods to pay their bills.

In other news, Jennifer Lopez has shared how she's been keeping herself occupied in isolation.

Keep reading to see how the reunion between her and ex P.Diddy went down, while her husband was in the background!