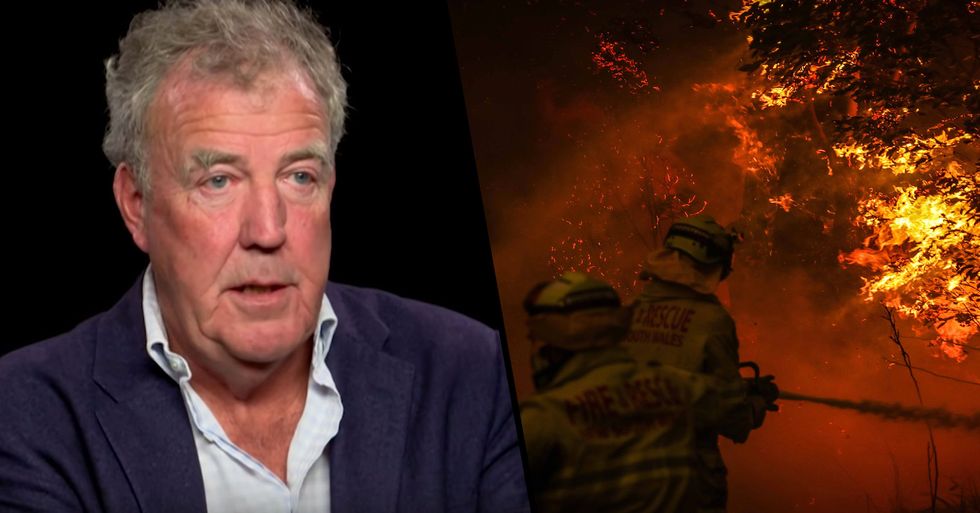 Australia is in the midst of one of the worst bushfire crises the world has seen.

Since September, entire communities have been engulfed by relentless heat and fires, and the flames are showing no signs of slowing down - which means only one thing... death tolls are rising.

Hundreds have come together and have shown amazing acts of generosity by volunteering to help communities and donating money to local authorities.

However, not everyone has shown this type of support...And the notorious Jeremy Clarkson is one of these people.

For example, P!nk donated an incredibly generous $500,000 to the Australian firefighters in an effort to help them finally put an end to the devastation.

"Our family’s support, thoughts, and prayers are with everyone affected by the fires all over Australia. We are donating $500,000 to the Rural Fire Services who are all doing and giving so much right now," she wrote.

Australian comedian Celeste Barber has made an unbelievable impact...

Barber, who is very much loved and respected in her home country, has helped raise $36 million through a Facebook Fundraiser that she set up last week.

The people of Australia love her that much...

Many have called for her to replace the Australian Prime Minister as she would do a better job of running the country... which, we must say, is very true.

Not everyone has been supportive.

This will not come as a shock...

The controversial British TV personality, Jeremy Clarkson, has made some pretty disgusting comments about Australia's crisis.

His remarks are disrespectful and offensive...

In his column for the British newspaper, The Sun, he made claims that God is embarrassed by Australia... despite Clarkson openly not being religious. "I've suspected for some time God didn't want people to live in Australia."

This man shouldn't be allowed a column...

"He created it as a continent far, far away where he could house all his experiments that had gone wrong," Clarkson went on to write. "He even used this remote outpost to house some of his more ridiculous ideas. Stuff he came up with when he was drunk. Like those birds that can't fly and that otter with a beak."

Does he even realize that people are dying?

"Then you have the kangaroo, which gets about by bouncing, and the koala, which is permanently stoned and catches chlamydia if anyone ever picks it up... Plainly, God is embarrassed. Because he's decided to set fire to it. It's been argued the fires raging across the country were caused by global warming or out-of-control barbies," he went on to say.

He has claimed that Australia isn't for "human habitation."

"But when you look at the footage, you know something biblical is going on. Those things [fires] are huge," he wrote.
"This has happened before in recent years and there's no doubt it will happen again. Which means people must accept that Australia isn't meant for human habitation."

@JeremyClarkson disgusting write up in The Sun today! Trying to be funny about the bushfires raging across Australi… https://t.co/bmlkbUE9Ur
— NicBic (@NicBic)1578161423.0

He is in desperate need of a reality check and he really needs to take into perspective how lucky he is to not be affected by this terrible crisis.

His comments need to be ignored completely...

Despite how difficult it is, giving him attention is exactly what he wants. We continue to pray for the people of Australia and we congratulate the hard work that their people have been putting in to help restore their beautiful country.