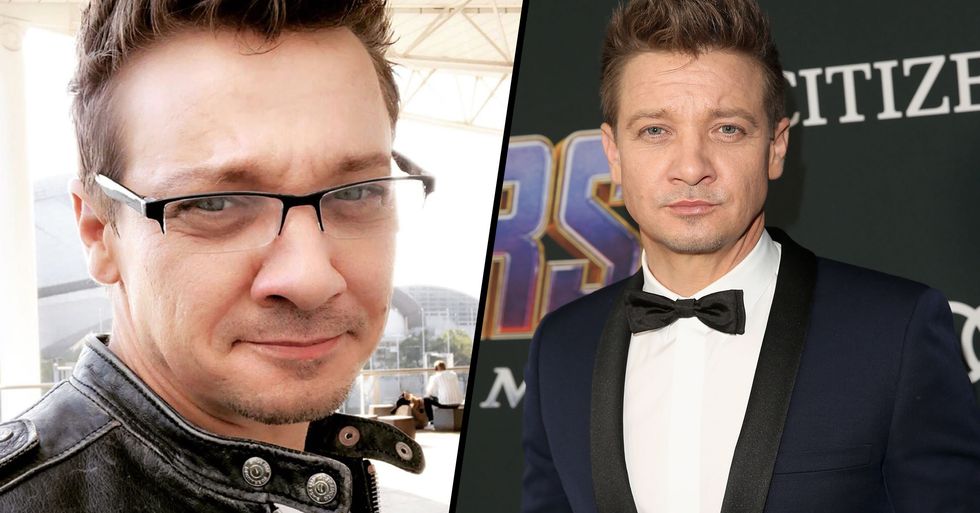 It seems that everyone has now been affected somehow by the coronavirus pandemic.

It has brought lives to a complete standstill, and that doesn't exclude the rich and famous.

Keep scrolling to learn about why Jeremy Renner has asked to pay less child support for his 6-year-old daughter...

Unless you've been living under a rock for the last few months...

Or unless you're Jared Leto, you'll be more than aware of the COVID-19 pandemic that is sweeping our planet.

The virus is believed to have come from the consumption of wild animals such as bats, but regardless of where it came from it has been spreading... and fast.

Its symptoms include a high temperature, a continuous cough, and respiratory problems...

And the virus has proven to be deadly. So far, 19,752 people have died globally and a further 440,318 people have tested positive for the virus.

And lockdowns have been set in place globally, including the likes of Italy and the United Kingdom - which was announced just a few days ago by Prime Minister Boris Johnson.

People are now earning less or no money at all...

And this is a real struggle for parents all around the world.

Keeping our children happy and healthy isn't the only concern during these difficult times...

Paying for them with a reduced income is proving to be extremely stressful for many families.

Governments have been helping struggling families with bursaries and loans...

And it seems that Hollywood actor Jeremy Renner wants to get in on this.

Jeremy Renner is best known for starring in Hawkeye...

But it turns out that being a successful actor isn't going to help him pay his child support payments for his 6-year-old daughter Ava, who he shares with ex-wife Sonni Pacheco.

Jeremy feels there won't be much acting work going for him in the upcoming year...

According to reports, the actor filed a request on Monday in Los Angeles to lower his child support payments since many of the productions he had lined up this year are “likely canceled or postponed" due to the outbreak.

This pays for Ava's housing, food, transportation, and clothing.

But in a typical divorce-like fashion, Jeremy is accusing his ex of mismanaging the funds... meaning this settlement will most certainly be a messy one.

And for more on the rich and famous affected by the COVID-19 pandemic, keep scrolling...