Jessica Jaymes' Cause of Death Confirmed by Coroner | 22 Words 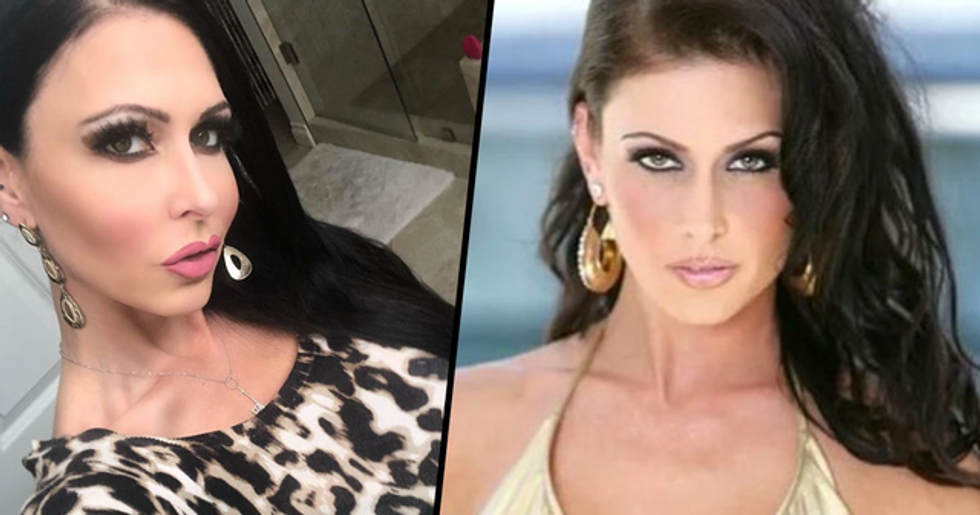 Jessica Jaymes' Cause of Death Confirmed by Coroner

On September 17th, adult star and entrepreneur, Jessica Jaymes, was found dead in her home in San Fernando Valley. The actress had been the star of multiple hugely successful adult movies, plus run numerous business ventures alongside.

The star was discovered by a friend who reportedly hadn't heard from her for a while and decided to check in. Jaymes was just forty-three years old.

Now the coroner's report has confirmed Jaymes's tragic cause of death.

Jaymes was born in Anchorage, Alaska.

Jessica Redding was born to a mother of Czech descent and a father who worked as an undercover DEA agent.

She then graduated from the Rio Salado Community College.

Before entering her controversial profession...

Jaymes worked as an elementary school teacher for three years.

But then she decided on a change in career.

She came up with her adult movie name by combining her real first name with the first name of her lover at the time.

But Jaymes got her big break when she was signed by Hustler in 2004.

She came out as a Hustler girl in her debut 2005 the adult film, The P**n Identity.

Jaymes was a huge success.

She also won the prestigious Hustler Magazine Award "Honey of the Year," also in 2005.

She had an illustrious career.

Jaymes performed in well over two hundred adult movies, including producing exclusive content for her own website.

She also broke into mainstream entertainment.

She played herself in several episodes of hit TV show Weeds in 2007.

Jaymes was also a reality star.

Over her years in the spotlight, she had amassed over a million Instagram followers, who she kept up to date with her daily life and work.

Her achievements within the industry were impressive.

Jaymes was the very first Hustler contract model to enter the prestigious AVN Hall of Fame.

But on September 17th, Jaymes was discovered in her San Fernando Valley home.

A friend of the star became worried after not hearing from her and decided to go check in on Jaymes.

He arrived and found her unresponsive.

After realizing that his friend was unconscious, he called paramedics to the scene, believing her to be in cardiac arrest.

Jaymes was pronounced dead at the scene.

The Los Angeles County Coroner's Office began investigating her exact cause of death but claimed there didn't appear to be any suspicious circumstances.

Jaymes reportedly had a history of seizures.

According to reports, several prescription drugs were found in the star's home.

Tributes poured out for the star.

Other adult stars also spoke up.

Another angel taken too soon... RIP Jessica Jaymes I only met you a handful of times but she was always so sweet and the best dressed
— RICHELLE RYAN (@RICHELLE RYAN)1568825691.0

Richelle Ryan called Jaymes an "angel," and "so sweet."

And some have made this valid point.

Jaymes worked in something of a controversial industry, but she was still a person.

And now more details have been revealed.

The coroner's report has been released and confirmed Jaymes died of "natural causes.

And while it's a relief there's no sign of foul play...

The fact is that Jaymes's death was rather tragic, especially considering her young age.

And the seizure sent her into cardiac arrest which eventually ended her life.

And the reason Jaymes suffered these seizures?

A long period of alcohol abuse. It's reported that this is something Jaymes struggled with for much of her life.

Unfortunately, her death was not a surprise to those who knew her.

"She was so unhealthy, so many problems, health issues with her back, her nerve system, the seizures in the past six months. I was just waiting. It was a question of time. She was so young," her business partner told AVN.

Our thoughts are with those who knew Jaymes.

No one should have to die so young and alone. And, sadly, this isn't the only tragic death we've seen this year. Scroll on for the list of celebrity deaths in 2019.