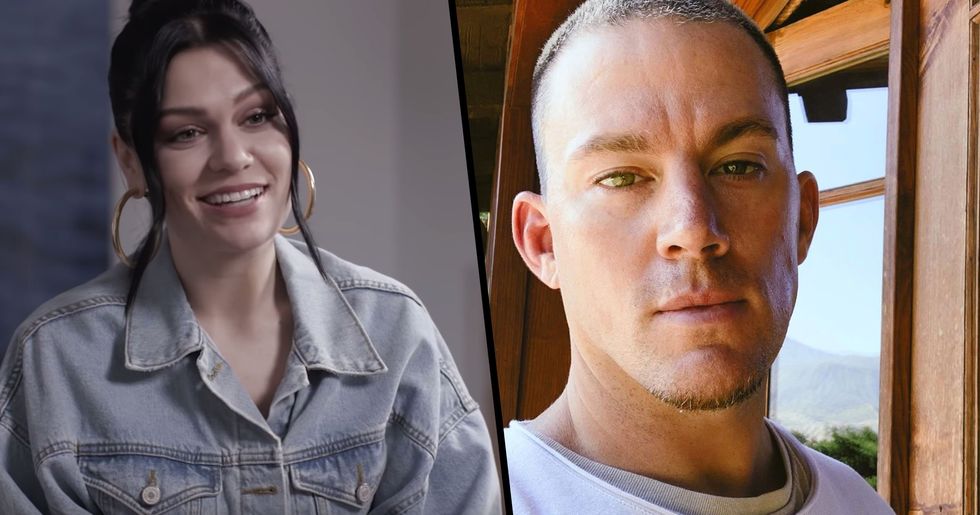 Jessie J Reveals How Channing Tatum Slid Into Her DMs

Jessie J and Channing Tatum have quickly become the couple of 2019.

Well, it turns out that Channing cheekily slid into Jessie's DMs... And it worked! Obviously.

And now, Jessie has finally revealed the message that Channing sent that swept her off her feet... Keep scrolling for the full story.

You may or may not have heard...

But Channing Tatum and Jessie J are a thing. Tatum first met the singer in 2015, but the two only started dating fairly recently.

Jessie and Tatum started dating in October of 2018 and, over a year on, they still seem to be very much in love.

Her 2011 single, "Price Tag", was an international hit, topping the charts in a whopping nineteen different countries.

She has a cute, genuine persona which has endeared her to many fans around the world.

And although they tend to keep the majority of their relationship private, they do sometimes share the odd, cute moment on social media.

The couple made headlines earlier this year...

Jessie serenaded Tatum in a super romantic fashion in celebration of the actor's thirty-ninth birthday on April 26th.

And it seems that the couple are doing just great.

Based on Channing's Instagram post, that is... It all started with the pair settling down for a game night - which is already very cute of them.

The two decided to spice things up a little.

The thirst was real.

People all over Twitter and Instagram were blown away by the raunchiness of the shot - and they were very happy to see it.

With this photo, fans were left wondering just how Jessie got so lucky...

Which brought on the question... Who asked who out?

It was Channing who slid directly into Jessie's DMs. Literally!

It all started after he went to one of her concerts...

The actor posted a photo of the stage onto his Instagram, writing: "This woman just poured her heart out on stage at the Royal Albert Hall. Whoever was there got to witness something special. Wow."

And Jessie was quick to return the favor...

And, soon after his attendance at her show, went to see him perform live in the west-end adaptation of Magic Mike in London.

And, after she attended the show...

Channing was quick to slide into her DMs. Jessie had evidently left him on read (what a woman!), and Channing was jokingly replying to one of her Instagram selfies with a poem about wanting to caress her face.

Jessie had blasely responded with "Baaaarrs yeah", but she must have been impressed because the pair quickly started dating after the messages. I mean, what woman could resist a cheeky DM from Channing Tatum, really?!

And as strong as ever! Jessie has also been supporting her boyfriend in recent months after he opened up about attending therapy. Keep scrolling for the full story...