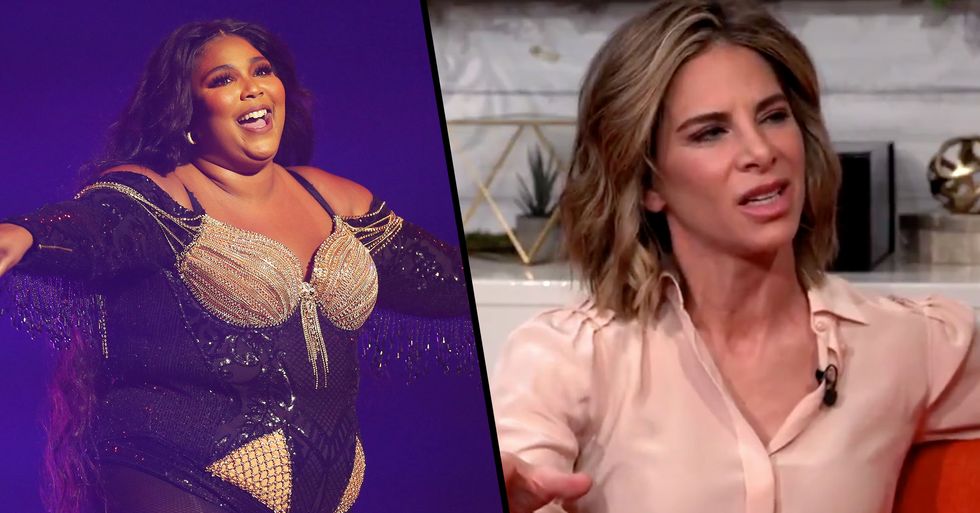 But things aren't all sunshine and rainbows for the talented star. She has her fair share of haters and the lastest to criticize her is none other than the former host of The Biggest Loser, Jillian Michaels.

Keep scrolling to see the video on what she had to say.

And a few weeks ago, fans of the singer have been faced with some sad news.

Even though she's tried to minimize the hate online, it seems to be continuing in real life.

Some women aren't about supporting other women when they're successful and instead, they opt to tear them down. And Jillian Michales is one of them.

The former host of The Biggest Loser had some horrid things to say about Lizzo.

On Wednesday, Michaels found herself in hot water after she fat-shamed the singer on Buzzfeed News.

On the topic of body-positivity, she highlighted this:

And then she tried to defend her point:

"I’m just being honest. I love her music, my kid loves her music, but there’s never a moment when I’m like, ‘I’m so glad she’s overweight.’ Why do I even care? Why is it my job to care about her weight?"

Oh, Jillian, we see right through you...

The thing with Lizzo is, her music comes hand in hand with her message and if you can't respect both, you're bringing too many negative vibes to the table. Cough, Jillian, cough.

Alex Berg said: "What I was going to say here is that Lizzo has been incredibly important in giving so many of us a possibility model for accepting our bodies as we are and celebrating bodies that are normally ridiculed. [I] had to restrain myself from defending Lizzo's honor!"

The clip has now gone viral online with many people pushing back against Michaels' comments.

"Jillian Michaels hates her own body and is worried that if other people hate their bodies less, they'll stop buying the shit she peddles. She's worried about the bottom line, not Lizzo's health (or yours, or mine.)"

And that's just a fact. If you're in the mood for a little bit more Lizzo love, then keep scrolling!