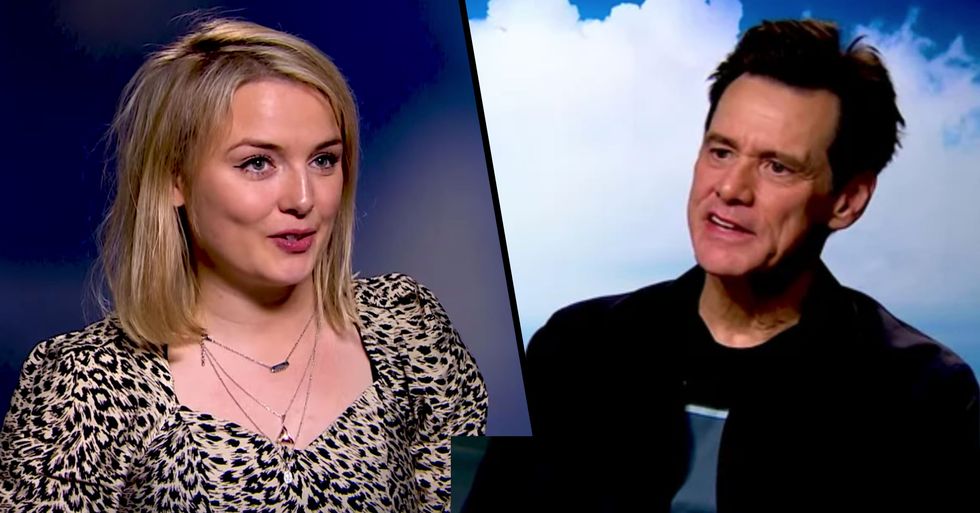 Jim Carrey is one of the biggest and most hilarious actors in the world.

He's got an unbelievable range of skills, he's covered countless genres, and he is adored by the masses.

But Carrey is also known for being very eccentric and a little bit on the odd side.

He has landed himself in hot waters recently for making an inappropriate comment about a news reporter.

Since then, he's shown a remarkable range...

Particularly in the '90s, Carrey was one of the most recognizable faces in the celebrity world, and his hugely successful film roles led to a legion of loyal fans.

Carrey has often been keen to troll the paparazzi...

But there's no shortage of snaps of the actor...

It seems like Carrey hasn't had such a problem with it in the past...

This is just an example of Carrey's brash and confident nature...

And he really doesn't have a filter when it comes to talking to others.

The actor has ruffled some feathers recently with a comment he made to a news reporter...

He was taking part in an interview for HeatWorld earlier this week to promote his new movie, Sonic The Hedgehog.

And when she asked him, "What's on your bucket list?" Carrey replied in a deadpan voice, "You. You're the only thing left to do."

Long looked startled at his response...

"I don't quite know what to say to that," she says, laughing nervously, for Carrey to reply with, "Just own it."

People were not impressed...

And many have branded the actor "a sleazebag."

But some people rushed to his defense...

And they simply branded it as some "harmless fun."

Keep scrolling to see what demand Carrey gave to go ahead with a sequel to The Mask...