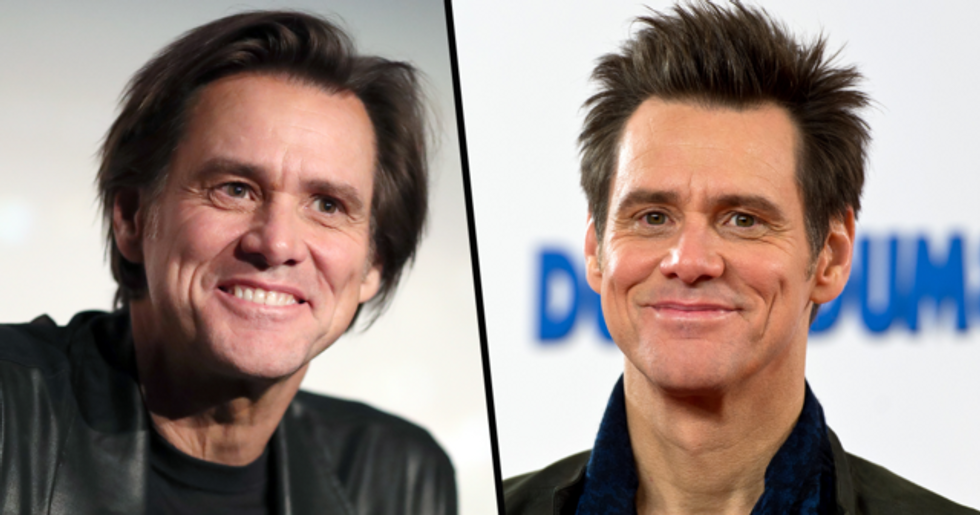 Jim Carrey has unexpectedly opened up about a terrifying "near-death experience" he endured not too long ago, and fans were left seriously shocked...

Since then, he's shown a remarkable range...

As a result of his acting success, Carrey shot to unprecedented levels of fame.

Particularly in the 1990s, Carrey was one of the most recognizable faces in the celebrity world, and his hugely successful film roles led to a legion of loyal fans.

Carrey has often been keen to troll the paparazzi...

So, it came as no surprise this week when he revealed something shocking that happened to him when writing his book.

It turns out that the actor had a near-death experience...

The actor was a virtual guest on The Tonight Show Starring Jimmy Fallon to promote his new autobiographical novel,Memoirs and Misinformation...

When he was asked about the inspiration behind its unusual front cover.

The cover, which is pink and blue, appears to show his face in a distorted manner...

So, understandably, it was an instant talking point.

Well, it turns out that it is actually a screenshot from a conversation he and his assistant had.

The actor then revealed how he was writing his novel on an island of Hawaii when his assistant called him in tears to tell him they had "ten minutes left" and the "missiles are coming."

Carrey went on: "The cover is actually my face after being told I have ten minutes to live. It was completely real to us."

Obviously, the news was terrifying for Carrey...

And he proceeded to frantically try and get himself and his daughter off the island.

But, eventually, he accepted his fate and said his goodbyes to friends.

He recalled: "At that point, I started going, 'okay, what can I do with this last moment of time'. I just decided to go through a list of gratitudes and honest to God I just could not stop thinking of wonderful things that have happened to me and blessings I've had."

He even described his acceptance of death as "lovely."

"All I was planning to do was close my eyes and be thankful because it's been a good ride."

But then, there was a twist in the tale.

He explained: "And I got to a point of grace at about 2 minutes to spare when I found out it wasn't actually happening."

It turns out that the warning issued had simply been a false alarm. Phew.

Carrey could breathe a massive sigh of relief...

And, considering he had a screenshot of his face from the terrifying moment, he felt it would make a very fitting front cover for his novel.

It's a story to tell the grandkids, right?

Joking about what he did after finding out it was a mistake, Carrey said: "I got p***ed off and heads rolled."

You can watch his full confession here.

We're glad you're alive, Jimmy! For more on the beloved actor, keep scrolling to find out his brilliant reason for never taking selfies with fans...