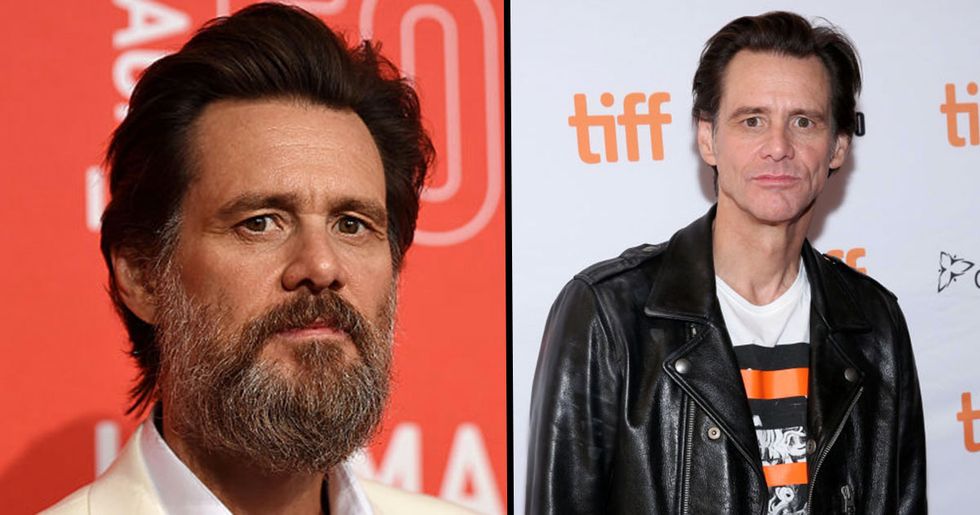 Whether you love them or hate them, this decade is almost certainly going to be remembered as the era of the selfie. Some of the most famous ones are almost like works of art. But for one Hollywood star, the selfie isn't just a harmless way to capture a moment - it's something far more problematic.

In a roundtable with the Hollywood Reporter this week, comedian and actor, Jim Carrey, has derided the trend of fans snapping a picture with their favorite star. And his reasoning behind his strong objections? Well, we hate to say it, but it kind of makes sense.

Since then, he's shown a remarkable range.

Particularly in the '90s, Carrey was one of the most recognizable faces in the celebrity world. His hugely successful film roles led to a legion of loyal fans.

Carrey has often been keen to troll the paparazzi.

But there's no shortage of snaps of Carrey.

It seems like Carrey hasn't had such a problem with it in the past.

Although it's clear that he was keen to snap selfies in the past.

Here's Carrey caught in the act just last year. But now it seems like it's all changed, and we won't catch Carrey at it again.

"Everybody was so gaga about Steve Jobs," he joked. "But I picture him in hell running from demons who want a selfie."

Many agree with Carrey's opinions.

Some have taken to social media to agree with this anti-selfie stance, because many view selfie-taking as something representative of the downfall of society.

Although others have their suspicions.

Some suspect that there's a secret "real reason" behind Carrey's reluctance to appear in photographs - and it's less philosophical and more superficial.

Although selfies do have certain problems.

We now live in a society in which, if something is not announced on social media, it's almost as if the event didn't happen, which is a pretty weird way to think.

Some have pointed out this comparison.

Earlier this week, pictures surfaced of Keanu Reeves keeping a respectful distance when taking pictures with female fans - as if we couldn't love him any more!

We don't think that there's anything ideologically wrong with selfies, per se.

But we do think that living life as one long selfie opportunity probably does mean that you'll end up missing out on some important stuff. Like everything else in life, it's really all about balance. And if you thought that Carrey was the only anti-fan-picture celebrity out there, think again.