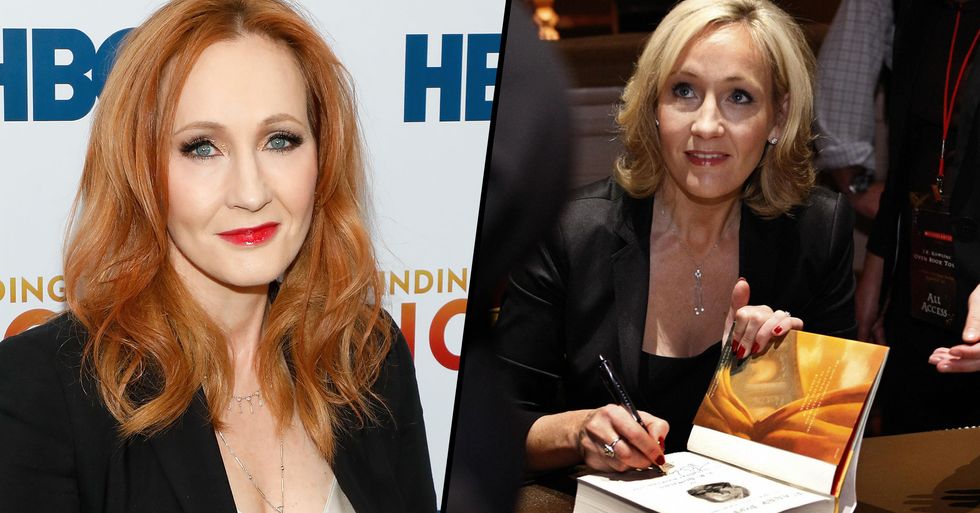 Renowned author, J.K Rowling has been unveiling many new projects throughout the lockdown period for us all to enjoy but her lastest announcement has to be the best yet. She is set to release a new book online for free!

Keep scrolling to find out which new book it is...

For those of you that don't know, J.K Rowling is the genius behind the wizarding world of Harry Potter.

So, it has come as no surprise to hear that she has offered a helping hand during the ongoing pandemic.

Rowling had already come forward to may help the millions of parents struggling with their children during the self-isolation period by releasing an interactive website that gives children a space to embark on a number of educational and stimulating Harry Potter-themed activities.

And it just keeps on getting better and better...

She has even gone on to announce that the first book of the popular series, Harry Potter and the Sorcerer’s Stone, will be read by an all-star line up of celebrities chapter-by-chapter.

And they will then be released to the public via free recordings.

All seventeen chapters of the book will be released between now and the end of summer.

And they will be available on Spotify and the official Harry Potter website, so keep your eyes peeled!

But her most recent announcement has really got us all excited...

JK Rowling will be releasing her newest children's book titled The Ickabog online for free.

“I always meant to publish it, but after the last Potter was released I wrote two novels for adults and, after some dithering, decided to put those out next. Until very recently, the only people who’d heard the story of The Ickabog were my two younger children."

This is very exciting news!

If you're in the mood to read more Potter-related news, then keep scrolling...