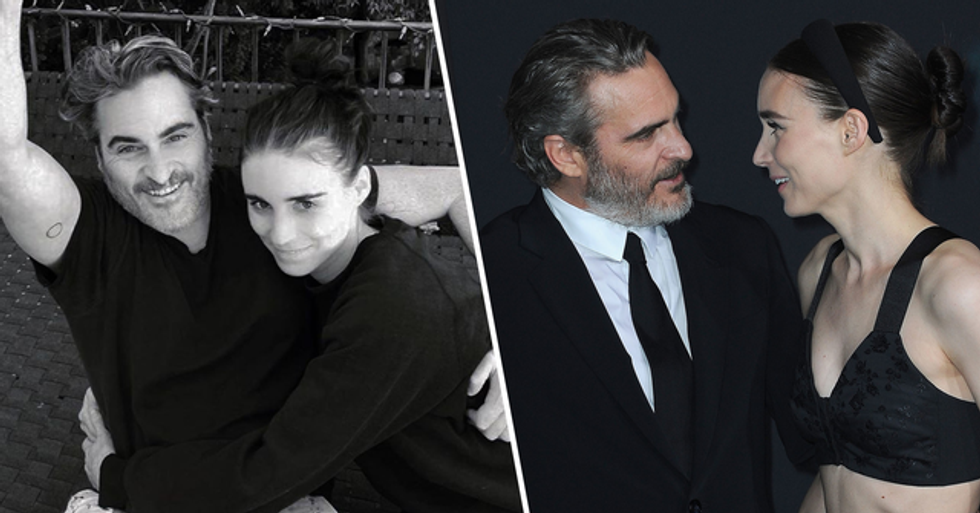 Joaquin has also had an equally interesting private life.

But now he's shared some happy news with fans - he and fiancée Rooney Mara are reportedly expecting their first baby!

Joaquin Phoenix is one of Hollywood's most underrated actors.

He has starred in some of the most groundbreaking movies of modern time and yet only now seems to be getting the recognition he deserves.

It was Joaquin Phoenix that played the lonely greetings card writer who fell in love with his phone voiced by Scarlett Johanson.

In that endearing biopic about the life of Johnny Cash, Phoenix played the singer and succeeded in delivering a satisfying portrayal of one of America's biggest musical legends. Now, that's no easy task. How does he do it? How does he make these difficult roles seem easy?

Simply, because he is a terrific actor.

No one could ignore Phoenix's stellar performance in Joker (2019). The fact that he's up for Best Actor at the Golden Globes comes as no surprise to anybody. What would surprise you, is the weird and wonderful life Joaquin Phoenix has led up until this point.

It has been said that Phoenix is drawn to playing disturbed characters, such as Joker, because his past is riddled with tragedy and is haunted by demons that he still struggles with to this very day.

"It's guilt by association. I think it was really innocent on my parents' part," he said. "They really believed [in the religious aspect], but I don’t think most people see it that way." "I think my parents thought they'd found a community that shared their ideals - cults rarely advertise themselves as such. The moment my parents realized there was something more to it, they got out."

In the early hours, River suffered an overdose and collapsed outside on the street, where he convulsed for over five minutes before he died. While Rain desperately tried resuscitating him, Phoenix made a frantic 911 call – which was later released to the media.

Rooney has been with fellow actor Rooney Mara since 2017.

The pair are notoriously private but clearly absolutely adore each other.

And now they've reported got some exciting news.

According to Page Six, the pair are expecting their first child together - and the due date could be as soon as 3 months away! Huge congratulations to the pair. And they aren't the only celebrity couple with some exciting baby news. Scroll on for more ...