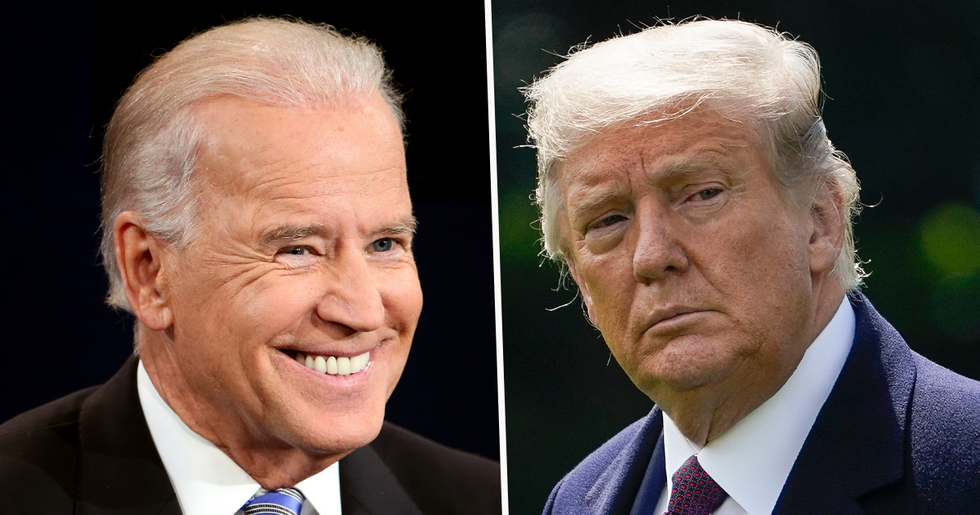 He's offered a message to the pair after the POTUS and FLOTUS shared their scary news...

But there's actually a huge concern surrounding the President and his most recent diagnosis...

Biden actually told the President to "shut up."

@realDonaldTrump @FLOTUS Regardless of your political allegiances, social beliefs etc, all you can say at this time… https://t.co/XhNgBEDy7h
— amaechi123 (@amaechi123)1601619831.0

But, after the announcement was made...

People have all been noticing one thing.

A recent criticism of Biden by Trump has surfaced from the debate.

And no one can get over it.

"I don't wear face masks like him," Trump said. "Every time you see him he's got a mask. He could be speaking 200 feet away ... and he shows up with the biggest mask I've ever seen."

Here's Trump mocking Biden for wearing a mask at the debate on Tuesday. He traveled to that debate with Hope Hicks,… https://t.co/1eMAN6TLyu
— Brian Tyler Cohen (@Brian Tyler Cohen)1601601978.0

We wonder if he's reconsidering his opinion now ...

But in spite of all of this, Joe Biden has offered a message of support to the Trumps.

Jill and I send our thoughts to President Trump and First Lady Melania Trump for a swift recovery. We will continue… https://t.co/8ESvUS6vBj
— Joe Biden (@Joe Biden)1601642710.0