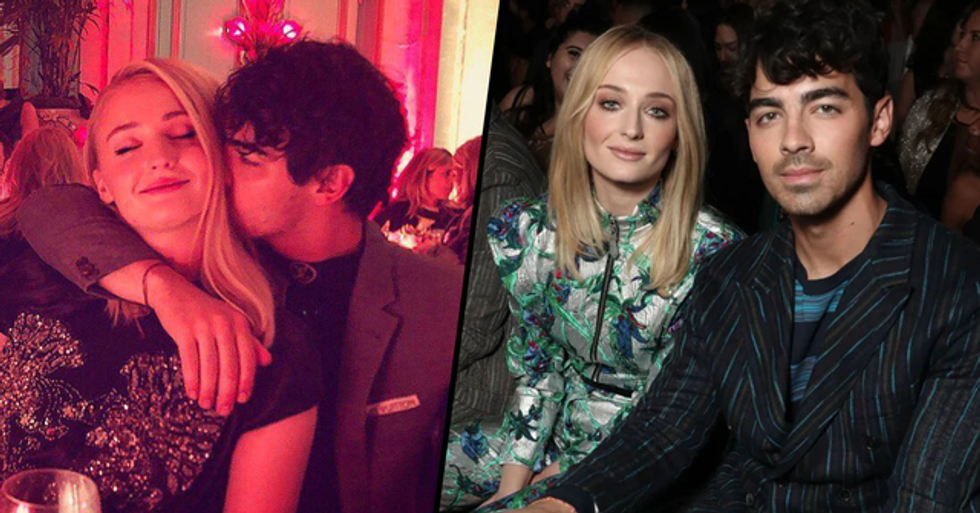 Yesterday, it was reported that Joe Jonas and Sophie Turner welcomed their first child into the world, and they have apparently chosen a very unusual name...

It is reported that Sophie has given birth to a little girl.

With such famous parents, an unusual name choice was surely on the cards.

But no one was expecting a choice quite so strange.

Joe and Sophie have been couple goals for years now.

After each star having a string of high profile relationships, this coupling seemed meant to be, right from the start.

Rumors of romance first started circulating at the 2016 EMAs.

Musician, Joe Jonas and Game of Thrones actress, Sophie Turner was spotted arm in arm at the MTV EMAs, leading to much speculation as to whether the two stars were getting it on.

Before meeting Joe, Turner had a relationship with The Vamps lead guitarist, James McVey. The relationship was reportedly a brief one that took place during the summer of 2014. McVey took to Twitter at the time to share a photo of the pair and to flirt with the Game of Thrones star.

Taking to Instagram, both Joe and Sophie shared the first of their official wedding photos. What a beautiful pair, eh! I'm sure that this is the first of many beautiful photos that we can expect from this talented duo.

And, shortly following their wedding, a fresh rumor arose...

The couple were expecting!

But, in the last couple of months, Sophie has been seen out and about, proudly displaying her bump.

And, yesterday, we received the news we'd all been waiting for.

TMZ reported that the couple welcomed a baby girl at a hospital in Los Angeles on Wednesday.

Understandably, people were very excited by the news...

And the messages of congratulations were quick to flood in.

People are loving the idea of Sophie and Joe as parents...

It was later confirmed that the couple had had a baby girl...

But there have been some rather concerning rumors regarding her name.

It has been reported that the couple has chosen a Game of Thrones inspired name for their daughter...

You know, because that's where her mom found her fame.

Rumors are claiming that the little girl has been named Willa.

Willa is actually a Stark name because, in the series, Ned Stark tells Robert that Jon's mum was called Wylla.

Now, most people think the name is incredibly cute...

The sentiment is adorable, I have to admit.

But some are a little confused.

Is Willa even a real name?

And, of course, many started making jokes...

Okay, this did make me laugh...

But let's all remember here that the couple is yet to confirm the name...