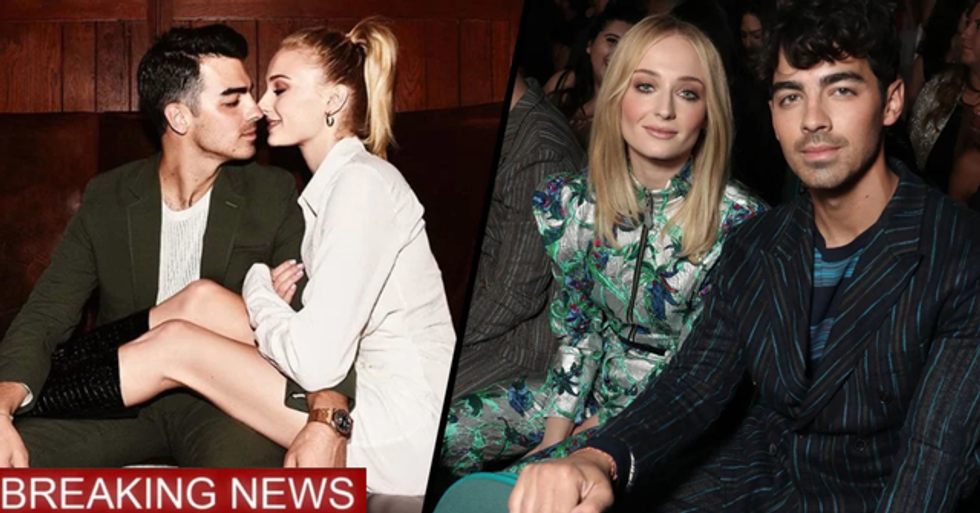 News has just come in that Joe Jonas and Sophie Turner have welcomed their first child into the world.

Rumors of romance first started circulating at the 2016 EMAs.

Musician, Joe Jonas and Game of Thrones actress, Sophie Turner was spotted arm in arm at the MTV EMAs, leading to much speculation as to whether the two stars were getting it on.

Before meeting Joe, Turner had a relationship with The Vamps lead guitarist, James McVay. The relationship was reportedly a brief one that took place during the summer of 2014. McVay took to Twitter at the time to share a photo of the pair and to flirt with the Game of Thrones star.

Taking to Instagram, both Joe and Sophie shared the first of their official wedding photos. What a beautiful pair, eh! I'm sure that this is the first of many beautiful photos that we can expect from this talented duo.

And, shortly following their wedding, a fresh rumor arose...

The couple were expecting!

But, in the last couple of months, Sophie has been seen out and about, proudly displaying her bump.

And, today, we have the news we've all been waiting for.

TMZ has just reported that the couple welcomed a baby girl at a hospital in Los Angeles on Wednesday.

While the gender has been confirmed, we are yet to learn the baby's name...