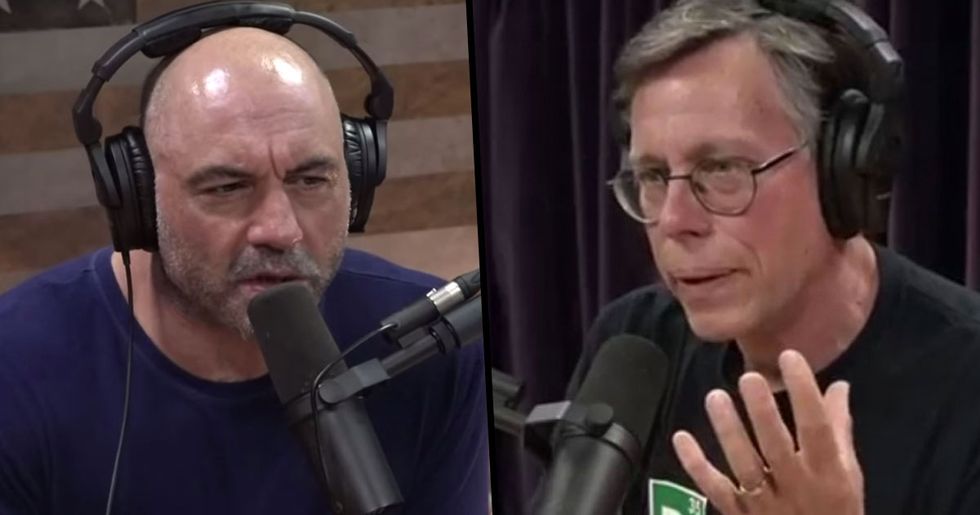 One of the biggest mysteries of the universe is whether or not we're totally alone. And, although little green men in the sky do seem a little far-fetched, if you accept the concept of infinity, you have to believe that there's a possibility of life outside of what we know on Earth - although that's likely to be far, far away.

But one person who has no doubt in their mind as to the existence of aliens is Bob Lazar. He's an American businessman primarily known for being hugely outspoken about what he claims to have experienced when working at Area 51. And now Lazar has been interviewed by outspoken podcaster, Joe Rogan - and what he's said has blown the internet's collective mind.

For some of us, there's one big question that surrounds all aspects of life.

Whether or not aliens exist seems to plague the minds of certain members of society, and it's really the not knowing that keeps them so intrigued.

The idea of believing is undeniably attractive.

For many, the feeling that we aren't totally alone in the big universe can be rather a comforting point of view.

However, believing in aliens has something of a negative reputation.

Many who do believe in extraterrestrial beings tend to be painted as quacks and conspiracy theorists - which is actually kind of unfair.

But the question continues to plague some of us.

The worst part? It almost seems as though we'll never end up getting a straight answer to the question.

For believers, there's one area that particularly attracts attention.

The US Air facility, colloquially termed Area 51, is a disused facility that was likely once used for testing experimental air vehicles. The intense level of secrecy surrounding the area has led many to believe that there's something sketchy about it, however.

But some believe that the area isn't what it claims to be.

The intense level of secrecy surrounding the area has led many to believe that it's in some way related to alien life and unidentified flying objects.

For conspiracy theorists, it's something of a holy land.

Many others believe that it is an area of government secrets, but, likely, of a more boring and administrative variety.

The reason that we even have theories about Area 51 is thanks to this man.

Bob Lazar is described on Wikipedia as "an American businessman and UFO hoaxer who claimed to have worked on reverse engineering extraterrestrial technology at a site called S-4 near the Area 51 Groom Lake operating location."

Lazar is credited as a whistleblower on the entire Area 51 operation.

He made the general public aware of the very existence of the area back in the 1980s.

And he's dedicated his life to educating the public.

Here he is with journalist, George Knapp, and filmmaker, Jeremy Corbell, at a screening of his documentary, Bob Lazar: Area 51 & Flying Saucers, in 2018.

Lazar has faced many accusations.

The government claims that he's a hoaxer and scam artist who never actually worked anywhere near Area 51. Obviously, such a confidential area wouldn't have any records, so it's impossible to prove anything either way.

But Lazar has kept his story the same.

And he seems to only be growing in popularity.

On top of his recently launched documentary, he was interviewed by the king of podcasts, Joe Rogan, this week about his otherworldly experiences.

The interview is pretty extraordinary.

The internet has lapped up the insane information that Lazar has revealed. One such nugget? The fact that officials in the Area had managed to manufacture their own gravity.

And that's not all that Lazar said.

He also talked about a bizarre spacecraft that he discovered at the facility, in which the seats appeared to have a height capacity of three feet - way smaller than any human astronaut.

Lazar is set on the fact that aliens are real.

He claims to have seen undeniable proof of thier existence during his time at the facility, including numerous briefing documents on the topic.

Lazar claims that there has been alien involvement on Earth for the past ten thousand years, all laid out in these secret documents.

Lazar even spoke of the exact home location of these beings.

The aliens that he claims to have proof of come from a planet which orbits Zeta Reticuli, the twin binary star system.

But some are still skeptical.

Members of the scientific community still largely refute Lazar's claims, which does throw them under some level of suspicion.

So you can judge for yourself. Sincere truth-bearer - or eccentric quack? You decide.