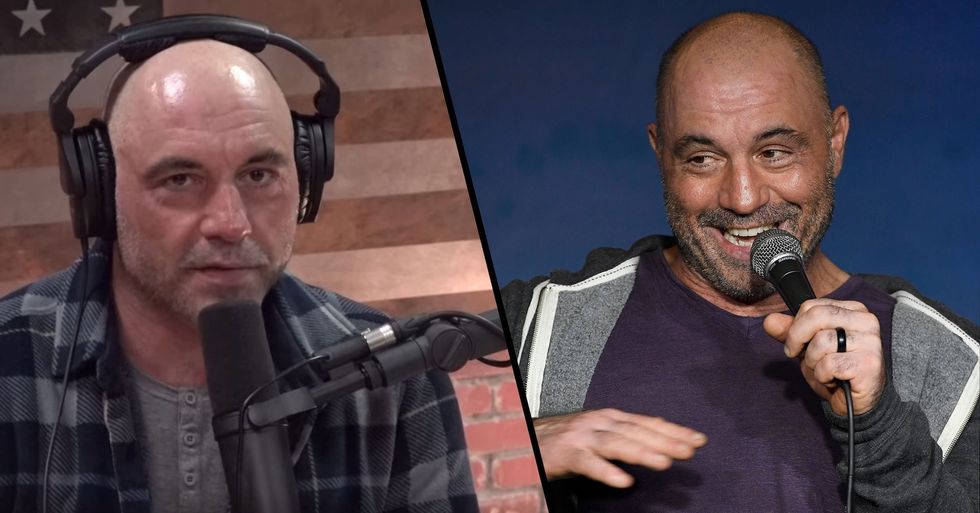 Joe Rogan is known for landing some of the most amazing podcast guests on his incredibly popular show, The Joe Rogan Experience. Some of his interviews will absolutely go down in history.

But it seems podcasting is hardly a thankless task. Just look at what he's earned in one single year.

Though he initially started as a stand-up comedian, Rogan found his fame from becoming an MMA interviewer and commentator and went on to win the World MMA Awards' Personality of the Year, 6 times.

And there was one guest who may be Rogan's best yet.

He landed the incredibly famous whistleblower Edward Snowden for his podcast interview.

He copied information from the National Security Agency that basically proved the government is watching our every move. But you didn't hear it from us.

Rogan is a massive proponent of being skeptical of everything.

This meant that Rogan and Snowden are essentially an interview match made in heaven - and the internet was understandably excited about it.

Rogan has given us some classic interviews over the years.

His episode with boxing legend Mike Tyson was another must-listen.

And, even more excitingly ...

There's an upcoming Kanye West interview hinted at for this year. Now that will be impossible to miss.

And, unsurprisingly for such a podcasting icon ...

Rogan has been revealed by Forbes to be the highest-earning podcaster of the past year.

He beat out the likes of Karen KIlgariff and Georgia Hardstark.

"[He is] delivering scale and engagement. He's the no. 1 in terms of reach in the U.S."

So, what's the figure?

Forbes estimate he's earned $30 million in the past year alone - with MFM earning around $15m, and Dave Ramsey around $10m.

We know, it's a shocking figure.

But hey - we guess he must be a talented individual to have this sort of pull!

He seems to be on the rise.

So we can only imagine what next year will bring the star!

We just have one question.

Who wants to start a podcast with us? Fancy more from Rogan? Scroll on for his unbelievable interview with a former Area 51 employee. The truth is out there!