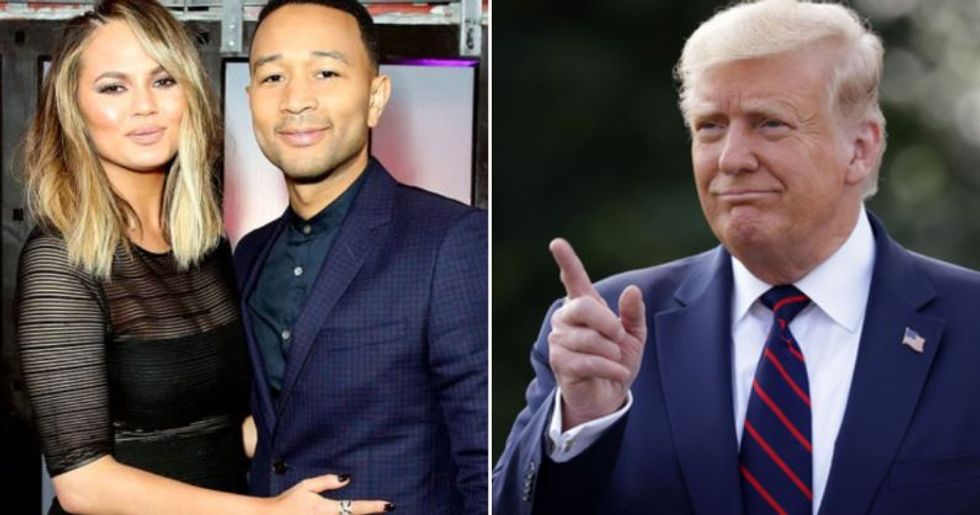 Donald Trump is a controversial figure who divides opinion across the globe.

Now, John Legend and Chrissy Teigen have spoken out about the president and revealed that they even considered leaving the US when he was elected.

Chrissy Teigen and John Legend were seen as Hollywood's sweethearts.

But her latest slew of Twitter posts have not gone down so well.

In fact, Twitter are feeling pretty annoyed with her out-of-touch comments.

Some found it tasteless.

@chrissyteigen @yashar Rich people showing off their wealth during a pandemic when millions have lost their jobs, h… https://t.co/BfeDXCYkwu
— Kathleen Lange (@Kathleen Lange)1598191974.0

Is it showing off?

Some shared their own pictures.

The disparity is huge.

But whatever you think about the couple.

@chrissyteigen I hate capitalism. All children should have the opportunity to learn with resources like this.
— mmoh (@mmoh)1598204839.0

This story is more about what they think of others - more specifically Donald Trump.

Not only do they not like President Trump, they even considered leaving the US when he was elected into the Oval Office.

They revealed all in a recent interview.

In the interview, Legend revealed that he and his wife are 'exhausted' by Trump.

We were born and raised here, all of our families are here. It would be hard to leave. But I don’t know what one’s supposed to do when you have a leader who is trying to destroy democracy. At some point, if that project [to destroy democracy] was to be in any way successful, you’d have to think about going somewhere that is a true democracy, that has respect for the rule of law and human rights.

"If America chooses to be that place then people will have to start thinking about going somewhere else. It is truly disturbing and concerning."

Will Trump get voted back in this November? Who knows. But Legend should probably book some house viewings just in case.