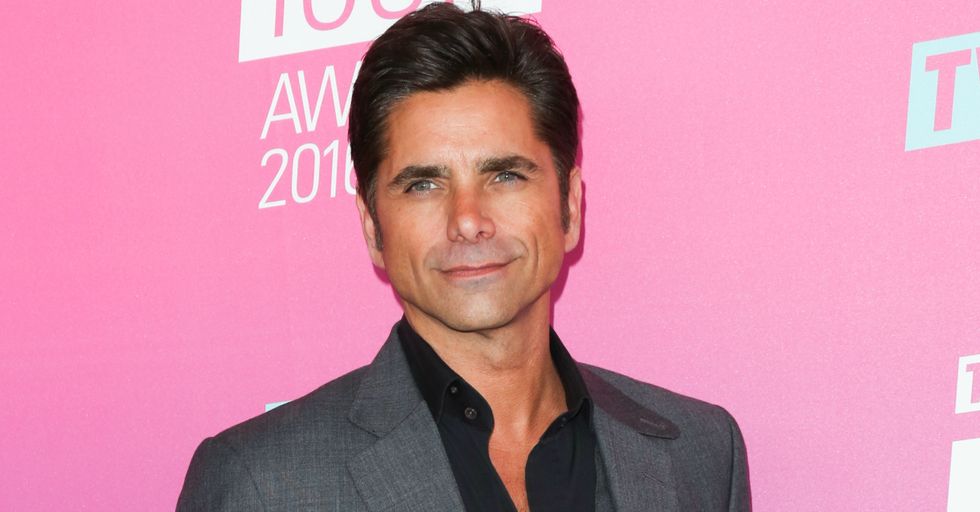 Uncle Jesse is officially off the market (again)!

Last night, Fuller House actor John Stamos announced his engagement. And, of course, it all went down in the most magical, happiest place on earth. Read on for the adorable deets!

McHugh, 31, has appeared on The Vampire Diaries and NCIS: Los Angeles, along with starring in a short film she cowrote with Stamos called Ingenue-ish. Didn't know Stamos was seeing anyone? There's a reason for that. The two have kept their relationship more or less under wraps. "We like to keep our lives private because we’ve seen what relationships in the public eye can be like and we just like our privacy," McHugh shared in an interview with People Magazine back in January. “We don’t want the commentary from the masses about what our relationship is or should be. We’re very happy together and we hope to be so for a long time."

Stamos made his announcement with an adorable piece of art that also revealed where the proposal took place — at Disneyland!

But how did he do it? Apparently, Stamos had cut together a film of some of the most romantic moments from Disney and Pixar movies. At the end of the film was a shot of Sebastian from The Little Mermaid holding a sign that said, "Just ask the girl!" So he did just that. And she said yes, of course. We're already swooning. Best wishes for the happy couple!