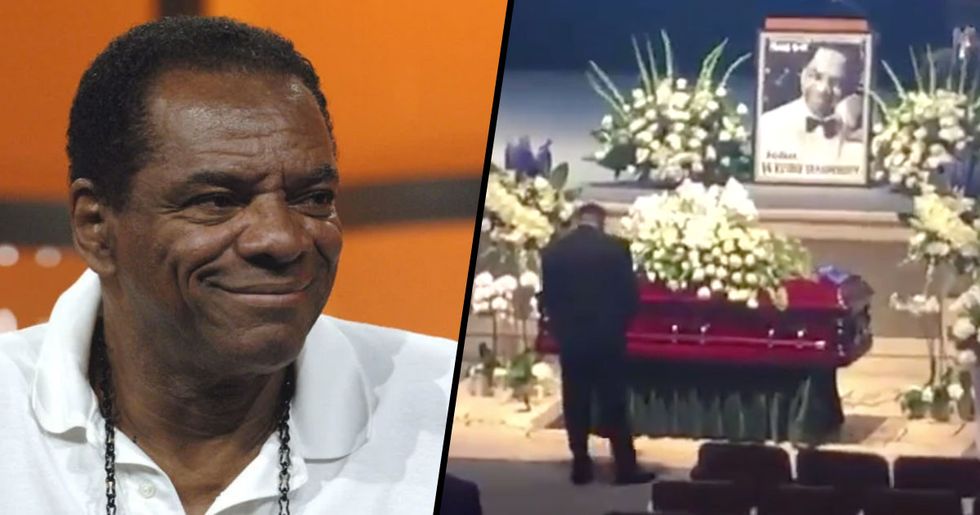 The tragic news came in last week that, on October 29th, John Witherspoon had passed away from a sudden cardiac arrest at his family home.

The comedian and actor, who was best known for his roles in the Friday movie franchise, made a huge impact in the world of showbiz and music, and it's safe to say that his death has very much, come as a shock.

And, on Tuesday, Witherspoon's life was celebrated as friends, family, and celebrities alike all gathered in Hollywood Hills to say their final goodbyes. Keep scrolling to hear more about the comedian's heartbreaking death, and to see who turned up to his final send off...

He has left behind his wife and their 2 children...

"It is with the deepest sorrow that we can confirm our beloved husband and father, John Witherspoon, one of the hardest working men in show business, died today," the actor's family also told Deadline in a statement.

And yesterday was the day that John was finally laid to rest.

Though there are no official photos from the memorial...

TMZ reported that Witherspoon’s open casket was surrounded by white flowers, family photos, and artwork, while a large screen displayed a photo of him at the front of the venue.

It was a momentous occasion...

And numerous Hollywood giants attended to pay their respects.

Many of Witherspoon's friends spoke at the ceremony...

Including his best friend, David Letterman, who delivered the opening monologue.

Letterman and John used to go way back...

The pair built their comedy career together at The Comedy Store in Hollywood alongside other comedic greats such as Richard Pryor, Robin Williams, and Jay Leno.

Ice Cube was also one of the speakers...

And, according to TMZ, he paid an incredibly touching tribute to his life-long friend and partner, saying that he "enjoyed the hell out of John" for as long as he could remember.

He described John as "one of the funniest people I know."

“Laughter is the medicine for our mind, body, and soul," the actor and rapper said. “It helps us get through this crazy world, and God bless the ones that make us laugh. John was naturally funny. No matter how bad a script was, [there] was nothing you could do to harness John’s funny. It was going to come through. He was going to turn it into magic and that was his true gift."

Other members of the Friday cast were also spotted at the memorial...

And the team was reunited together once again, but this time to pay respects to a member of their family.

And the actress, Angela Gibbs also delivered a speech, saying Witherspoon, “will be loved and he will be remembered for a long long time."

However, some people couldn't make it...

Marlon Wayans also couldn’t attend the celebration and took to Instagram to share how devastated he was to miss it. Witherspoon played the father of Wayans and his brother, Shawn Wayans, in the popular sitcom The Wayans Bros. Wayans wrote, “Can’t make your send-off Pops... I’m broken up about it," he captioned a photo of the two. “Unfortunately, have to work. I know you would tell me ‘Mahlon, go get that PAPER!" Rest in peace, John Witherspoon.