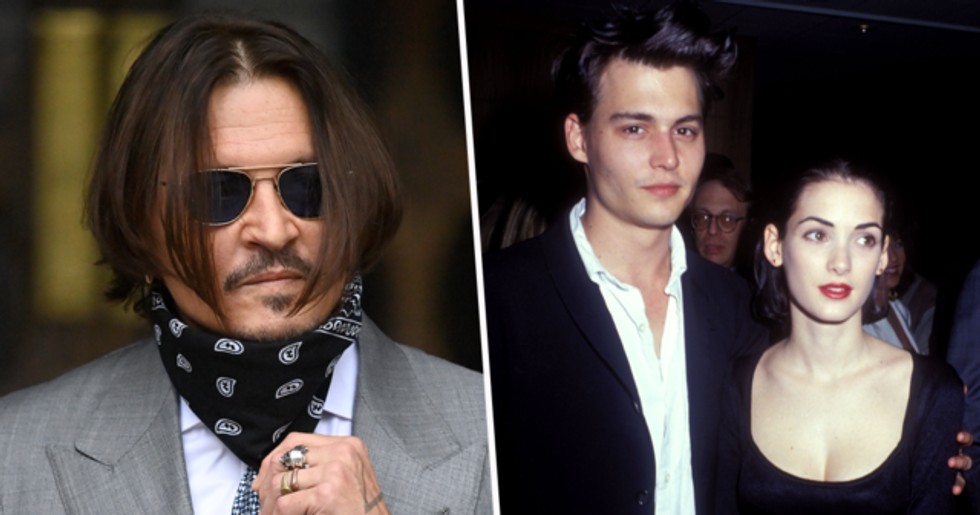 Amid the drama and scandal surrounding Johnny Depp's divorce from Amber Heard, the actor's exes have come forward with their opinions on the detrimental claims against him... And they could change everything.

It all seemed to be going so well...

But then, there was a sudden twist in the tale.

Last year, Johnny filed a $50-million defamation case against Amber and presented evidence that he was the one on the receiving end of the abuse, not the other way around.

"She hit, punched, and kicked me. She also repeatedly and frequently threw objects into my body and head, including heavy bottles, soda cans, burning candles, television remote controls, and paint thinner cans, which severely injured me." His lawsuit read.

And Johnny has been in court over this past week for his libel case against The Sun newspaper - whom he is suing over a 2018 article in which he was described as a "wife-beater."

Depp and Heard are both in court as part of the 3-week long trial...

Their dramatic Hollywood trial has seen the pair both allege shocking details about their tumultuous relationship, such as Heard allegedly defecating in Depp's bed.

But Depp is on the full defense...

And more people are coming forward to speak in his favor.

Connolly reiterated that Depp was the victim...

And he also detailed how he witnessed Heard throwing objects such as forks, lighters, and Coke cans at the actor on several occasions.

And now, 2 more witnesses have spoken out in Depp's defense...

Depp's former partners have given staunch statements in his defense...

And they have slammed all of the "horrible" accusations made against him.

Both women have defiantly defended Depp...

Winona Ryder, who dated the actress for 3 years in the 1990s, said she was "absolutely shocked, confused and upset" by the allegations against him, adding in her statement, provided in advance of the trial: "The idea that he is an incredibly violent person is the farthest thing from the Johnny I knew and loved."

"I cannot wrap my head around these accusations. He was never, never violent towards me. He was never, never abusive at all towards me. He has never been violent or abusive towards anybody I have seen. I do not want to call anyone a liar but from my experience of Johnny, it is impossible to believe that such horrific allegations are true. I find it extremely upsetting, knowing him as I do."

Paradis, who was married to Depp for fourteen years and shares 2 children with him, described him as a "kind, attentive, generous and non-violent person and father."

"On movie sets the actors, directors and entire crews adore him because he is humble and respectful to everyone, as well as being one of the best actors we've seen."

However, it was eventually decided that the women's' statements would not be required in court...

Because Depp's claim that he has never hit a woman was only tested by the defense regarding Heard.

We will post updates accordingly. For more lighthearted news on the actor, keep scrolling to read about the fake Donald Trump biopic he is set to star in...