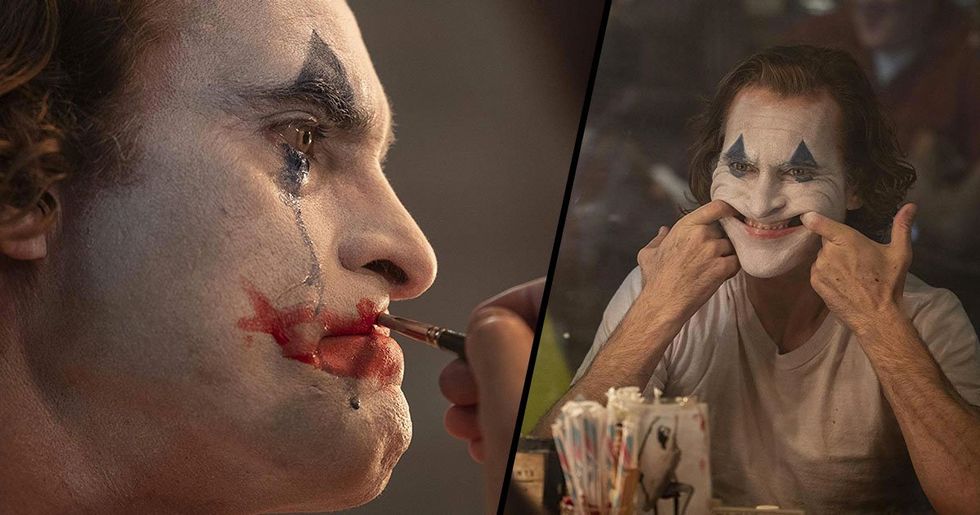 It's only been a matter of months since the Joker movie hit screens and already cemented itself as one of the best movies of all-time.

But, while the eagerly-anticipated movie has been a huge hit, it hasn't been without its criticism, with many people "walking out" of the cinema due to how dark and twisted it was. Recently, the director, Todd Phillips, revealed some scenes were removed from the film as they were considered too "Rated R..."

Keep scrolling to learn more about exactly how disturbing this film was set to be...

So, when it was announced he was getting a movie of his own...

This time, the infamous criminal mastermind was portrayed by Joaquin Phoenix.

Speaking to Ladbible, the Oscar-nominated actor explained: "I thought it was important for it to be its own thing, to be its own interpretation. What's interesting about this character is that everybody can interpret it however they want."
"Even with this film, I think the audience gets to interpret the character and what drives him, in a way that I think is unique for a lot of films. I mean it really asks the audience to participate, and I think that's interesting."

For all of you that still haven't watched the film, Arthur Fleck is a lonely, failed comedian.

Though it did break major records...

Over the first weekend alone it raked in an eye-watering $93.5 million at the U.S. box office - although we aren't entirely surprised, given the huge anticipation in the lead up to its release.

Theater-goers have also been left outraged by a particular song used in the movie...

Convicted pedophile, Gary Glitter's 1972 "Rock and Roll Part 2" is used in one scene. Glitter was jailed in 2015 for several sexual assault offenses, including one count of raping a 13-year-old girl, so it's no wonder so many viewers were disgusted.

While many admitted that the movie was without a doubt dark and disturbing, fans can agree on one thing: Joaquin Phoenix's performance deserves an Oscar.

Someone give that man an Oscar!

Pheonix's tremendous acting skills brought a more realistic feel to what we thought we knew about The Joker. But did you know there were scenes taken out of the original cut?

If people thought what the movie depicted was already too disturbing... there was so much more.

The filmmaker revealed some details about other scenes we never got to see because they were "too insane" for audiences to witness.

There was one particular scene that Pheonix did...

Speaking at the SBIFF Cinema Society at the Santa Barbara International Film Festival, Phillips said this: "So the other thing that's great about Joaquin is that he's always up to try things. So, we would finish our days early sometimes and we started doing this thing, Joaquin and I, we called it... a study of insomnia."

"It was our own fun little thing like we have an hour left in the day, let's light this kitchen, Joaquin let's do something over by the sink or the fridge, and let's just set up 2 cameras."

"It wasn't in the script it was something that Joaquin just kind of did..."

He revealed that there was one particular Rated-R bathtub scene and before your mind wanders off, it wasn't anything sexually explicit. It was actually too intense to include in the final cut. "There were 2 or 3 others we shot, one that is amazing in a bathtub, but I don't think we can actually include it in an R-rated movie... It was just insane."

So, if you were one of those people that thought it was already too disturbing to be on the big-screen...

Then just know it could have been cranked up a notch with the scene they decided to keep hidden. Annoyingly, Phillips didn't expand further, but by just the little snippet he gave us, we're intrigued. If you've watched Joker too many times and you're looking for something new to watch, read this article outlining some of the best shows coming to Netflix this month. Happy scrolling!