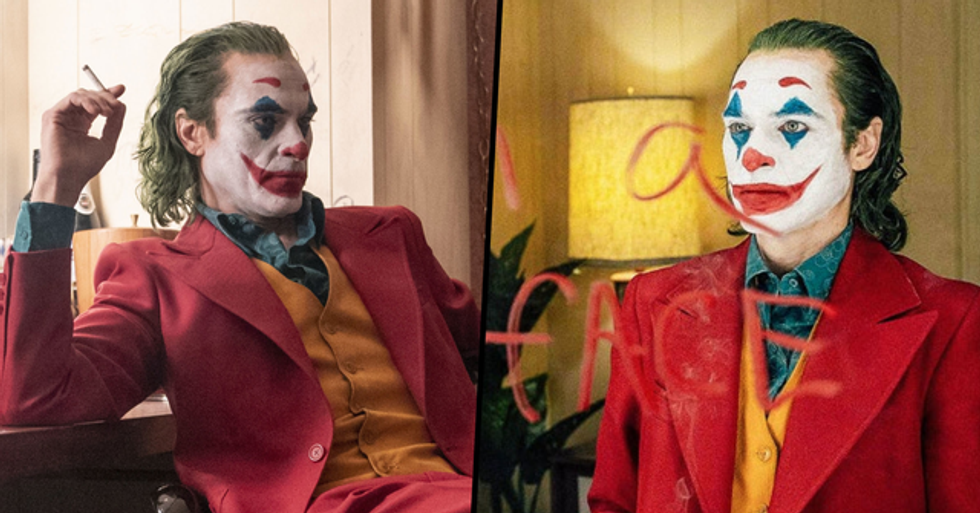 'Joker' Named the Most Complained-About Movie of 2019

It has been confirmed today that 2019's Joker was the most complained-about movie that year, and it seems that everyone had the same issue with the award-winning production...

Last year, we were introduced to the latest Joker...

And we were not disappointed.

The infamous criminal mastermind was this time portrayed by Joaquin Phoenix.

Speaking to Ladbible, the Oscar-winning actor explained his unique approach to the role: "I thought it was important for it to be its own thing, to be its own interpretation. What's interesting about this character is that everybody can interpret it however they want."

The movie hit our screens on October 4th.

Set in 1981, Fleck, who is working as a party clown, lives with his mother in Gotham City - a town riddled with crime and unemployment.

Due to this, he often lands himself in bad situations, ultimately resulting in a huge downward spiral.

He becomes an outcast of society...

The movie was an immediate success...

And, to this day, it has grossed an eyewatering $1.074 billion worldwide.

It received over 200 nominations, too.

But given its dark and, at times, sensitive themes, it was always bound to whip up a bit of controversy.

And it certainly didn't disappoint, with many people slamming the movie for its representation of mental health and "glamorization" of violence.

Some even found it so disturbing, that they were unable to continue watching.

Several people took to Twitter to call out the "horrible" movie, saying how they've were left completely terrified.

It seemed to have rattled many people's cages...

Several insisted that the movie should have come with a trigger warning.

Because, today, it was confirmed that the movie was infact the most complained-about production of 2019.

The British Board of Film Classification broke the news today...

The board, who is responsible for deciding the age rating for films and TV series across Great Britain, revealed the findings in its annual report.

The report stated that, in total, the BBFC received 149 complaints across the year...

Fewer than half the number of complaints received in 2018. But, out of that, twenty were about Joker.

And it turns out that most of the complaints were centered around one major thing...

And that was the movie's age rating.

Surprisingly, the majority of complaints were regarding the "15" age rating.

According to the report, many of the complainants believed the movie should have been rated an "18" for the levels of violence.

But the BBFC begs to differ.

They stated that, while the film does contain scenes of substantial violence, it doesn’t "dwell on the infliction of pain or injury in a manner that requires an 18."

Regardless of the complaints, Joker is undeniably one of the best movies of our decade...

But it does turn out that it had originally been intended to be even more violent. Keep reading to hear what the director had to say about a scene they were forced to cut out...