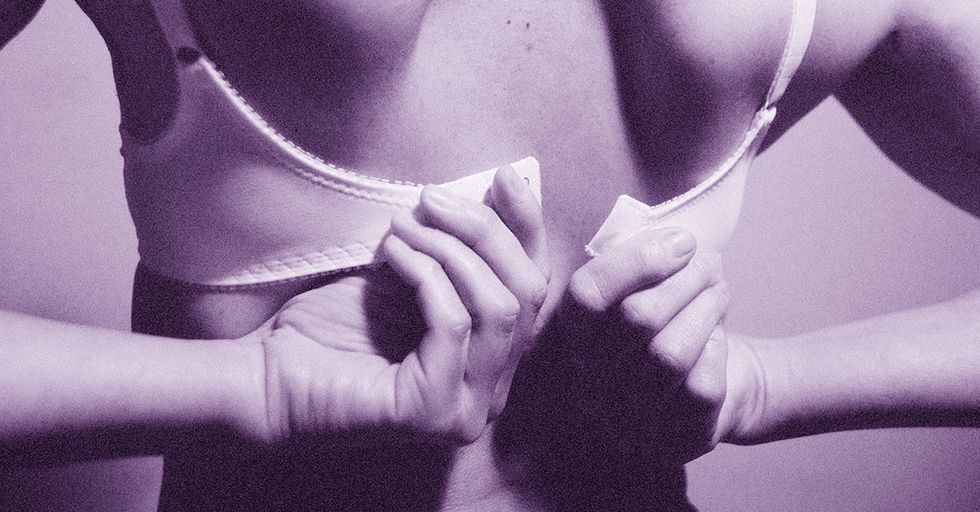 If you've ever worn one, you know this to be true.

And if you've ever felt that way, well, you're not alone.

Here are some hilarious tweets that perfectly capture the true torture of having to wear a bra.

I honestly don't even know why bras have tags. Do they think I'm actually washing them or something?

If you try to put on your bra without making at least one blood sacrifice, you're probably doing it wrong. Sorry to be the one to break it to ya.

It can't be done.

*Remove* a sports bra? I didn't even know that was an option!

If you're at home and you're eating dinner, there's basically zero reason for you to be still wearing a bra. This next tweet made me laugh out loud.

Washing your bra is like flossing your teeth. It can be done. It should be done. But you're not doing it.

I think I'm going to start a new exercise craze. I call it: Getting Dressed.

Next time you're feeling a little down, remember to drink some water, get at least 15 minutes of sunshine, and take your bra off. It will help!

This is the worst because it means your favorite bra is no more. AND because you have to go bra shopping again.

Whatever the cost, it's worth it. This next tweet features an amazing business opportunity for all you entrepreneurs out there!

They could call it Pi-NO-BRA-ir. Or Cab-BRA-net Sauvig-GONE. (Look, wine/bra puns are not very easy to come up with, OK?)

This is honestly pretty intimidating.

Imagine this being said in Liam Neeson's voice. Now imagine your bra strap IS Liam Neeson.

They say to keep your friends close and your enemies closer. It's no coincidence that my bra is where it is.

You have THREE BRAS?! I didn't even know that was possible.

The only way underwire bras make sense is if the person who invented them was playing a game of "How Dumb Can I Be?" Next up is one of the best feelings in the world (in second place after taking your bra off, of course).

Having a matching bra and underwear is how you win grown-up Bingo. The prize is that you are happy.

Hire this person. I don't care what the position is. They deserve it.

I have made this mistake exactly once in my life. It's not a mistake you make twice.

The Pope gets it.

I think it's fair to say that the relief you feel when removing your bra after a long day at work is similar to — if not equal to — a religious experience.

The answer is no. Share this with a fellow bra hater!