25 Jokes That Are So Stupid They're Genuinely Funny | 22 Words 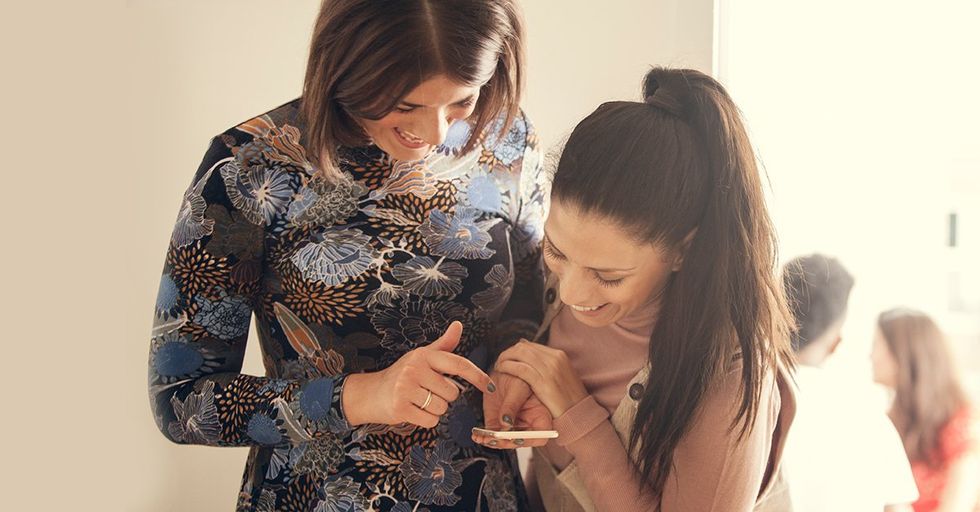 25 Jokes That Are So Stupid They're Genuinely Funny

Have you ever heard a joke so completely cringe-worthy that you can’t help but laugh at it? We’ve complied a whole list of them for your enjoyment! Not to mention that laughter is, supposedly, the best medicine for anything that weighs on you.

That being the case, get ready sample a few of the worst (best) puns, dad-jokes, and goofy riddles that Reddit has to offer.

Let's start off with a couple punny jokes.

I find that whiteboards are remarkable. -mysuperlamename
I love painting. I'll paint almost anything. Anything, except horizons. That's where I draw the line. -shdwtrev
Why couldn't the life guards save the hippie? He was too far out. -Dolphin_Farts

Here’s a joke for Alaskans and / or geography buffs:

My fourth grade teacher asked me what the capitol of Alaska was. I told her I didn't know. She told me I did. I disagreed, but she persisted. -actual_factual_bear (The capitol of Alaska is Juneau, you know!)
If you send an e-mail to someone in jail, are you allowed to attach a file? -professorbrainiac

Any fans of the periodic table?

"Wanna hear a Potassium joke?" "Yeah." “K." It also works if they say no. -Coffeypot0904
Why did the scarecrow win an award? He was outstanding in his field. -KaboomBoxer

I’d still go to this zoo.

I went to the zoo the other day, but they only had one animal, and it was a dog. It was a shihtzu. -Rommie557

Two men walk into a bar. You’d think one of them would have seen it. -Camzyy
Why do you only need one egg in french? Because in french, one egg is an œuf. -jbkjbk2310

A squirrel is living in a pine tree. One day he feels it shaking, looks down, and sees an elephant climbing the tree. The squirrel asks: "What are you doing climbing my tree?" "Well, I'm coming up here to eat some pears," says the elephant. "You idiot, this is a pine tree, there are no pears." "Well I brought my own pears." -Gerb-TBD
Q: How do you fit an elephant in a Safeway bag? A: It's easy, just take the "S" out of "safe" and the "f" out of "way". After a few minutes of confusion and insisting that the take the "f" out of way, they'll usually get exasperated, and you respond with "Exactly. There's no effin' way". -crckthsky
What did the elephant keep in his glove compartment? Nothing. He only had a trunk. -GreenLightLost
The past, present, and future all walk into a bar at the same time. It was tense. -sockfullofshit
What do you call a dinosaur with no eyes? Doyathinkhesaurus. -3shirts

"What do you call a fish with no eyes? A fsh!" It's better said than read. -Hamsternoir
Why can’t you hear a pterodactyl go to the toilet? Because the ‘p’ is silent. -Summer-in-Nebraska
I like the joke about a the comedian who used to say: "When I was a kid, I always told my friends and family that I wanted to grow up to be a comedian. They all laughed at me! Well, they're not laughing now!" -PM_ME_YOUR_THESES
A guy came up to me and said, "Nothing rhymes with orange." And I thought, "No it doesn't". -RushdieVoicemail

So close, yet so far away!

Not quite a Rick-roll…

Rick Astley will give you anything you ask for; just name it and he’ll give it to you. Anything, except his favorite Pixar movie. He’s never going to give you Up. -ladyoffate13
What's Harry Potter's favorite way to get down a hill? Walking. J.K., rolling. -Boobu-festuu
I still remember the last thing my grandfather said before kicking the bucket. "Hey, wanna see how far I can kick this bucket?" -JacobMBuss

My dad once asked me, "Hey, son, did you hear Oxford removed 'gullible' from the dictionary?" Of course I responded, "What the heck for?" to which he cracked up. -KolhiiHead
What's the difference between a well dressed man on a unicycle and a poorly dressed man on a bike? Attire. -MarionESteadman