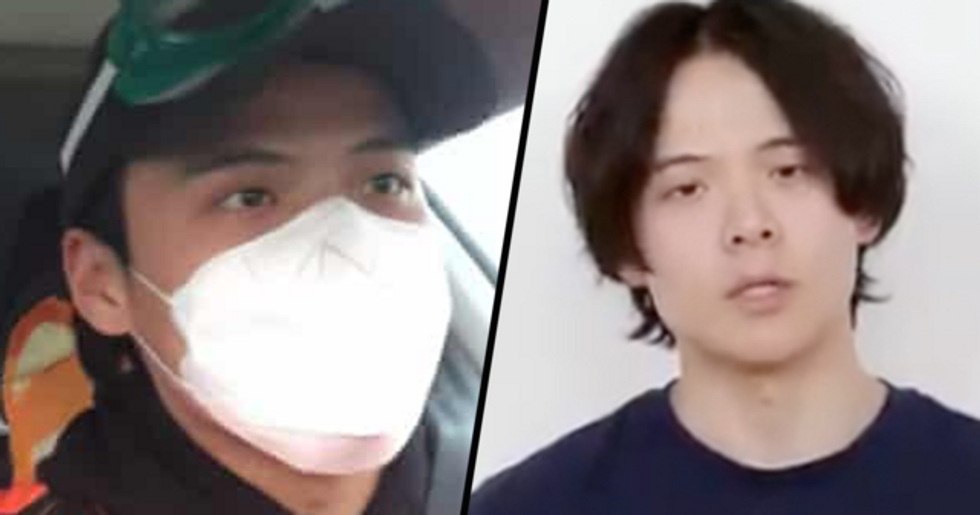 A journalist who vanished in the city of Wuhan 2 months ago has now re-emerged, but there is something seriously worrying about his appearance in his latest video...

In these last few months, the Chinese city of Wuhan has been embroiled in controversy.

At the start of this year, a deadly respiratory virus broke out from the heart of the city, which has now infected the majority of the world.

Most scientists estimate that the virus was born in the city from the sale of unclean meat...

But others have wilder, more controversial ideas of how the virus came about.

The virus has spread at an alarming rate...

And Wuhan was the first city to swiftly enforce a lockdown upon its residents.

As a result of this shut-down, the epicenter of the virus has been almost impossible to infiltrate...

Many rumors have circulated about the doings inside Wuhan...

Was the virus man-made? Was it released on purpose? Is the government conducting underground experiments in secret?

The conspiracies are endless.

With very few people having visited Wuhan, we can only sit back and speculate as to what has really been happening within the last couple of months.

Because, undeniably, things have been suspicious.

From the get-go, we have questioned the reliability of the statistics released by China, and their sudden lift of the lockdown a couple of weeks ago certainly raised a few eyebrows.

And, to make things even more skeptical...

A number of journalists, who had been reporting on the initial outbreak of the virus from the frontlines in Wuhan, have mysteriously vanished.

3 Chinese journalists disappeared in the aftermath of the outbreak...

And no one has provided any explanation as to where they could have gone.

Their disappearance has raised a lot of questions.

How do 3 professional journalists simply vanish without any explanation? Obviously, something sinister is going on.

But now, we may have an answer.

One of the 3 missing journalists has, out of nowhere, reappeared.

Li Zehua has been missing for almost 2 months.

Zehua was reporting on the outbreak of the deadly virus in Wuhan around the time of his sudden disappearance.

Zehua has always been vocal about "standing up" against the government.

In a Youtube video, that has since been deleted, he explained: “I don’t want to remain silent or shut my eyes and ears. It’s not that I can’t have a nice life, with a wife and kids. I can. I’m doing this because I hope more young people can, like me, stand up."

The last sighting of the journalist was back in February...

When he posted a video that showed him being apparently chased by a white SUV. In the video, the journalist seemed panicked, and can be heard saying: “I’m on the road and someone, I don’t know, state security has started chasing me," he says to the camera breathlessly. “I’m driving very fast. Help me."

At the end of his video, these agents can be seen storming his apartment...

Who identify themselves as public security. Zehua then went with them to a local police station where he was told he was being investigated on charges of disrupting public order. This was the last time anyone heard from him.

Many people feared the worst...

But now, Zehua has come back into the radar, and he has an unexpected message about his ordeal.

Zehua has claimed that he was detained by police and forcibly quarantined.

He says that he spent the next month in quarantine in Wuhan and then in his hometown in a different province. He was served 3 meals a day, monitored by security guards, and able to watch state broadcaster CCTV’s evening newscast.

But it is his sudden change in tone has shocked people the most.

In a YouTube video, the journalist explained: “Throughout the whole time, the police acted civilly and legally, making sure I had rest and food. They really cared about me." He even provided footage from his quarantine, which show him working out and brushing his teeth in a private room. He then added,  “May God bless China and the people of the world unite."

This message is seriously unnerving, given Zehua's previous political tone.

His tone and comments, which are suddenly both neutral and patriotic, are notably different from his previous videos, which is making people question what really went on during his arrest. Was he brainwashed? Has he been blackmailed? People can't be sure, but there is something very suspicious about his new-found patriarchy for his government and country.

In closing his video, he signed off with a line from a Confucian text about staying true to one’s beliefs.

“The human heart is unpredictable, restless. Its affinity to what is right is small. Be discriminating, be uniform so that you may hold fast." China is constantly in the headlines regarding its controversial and unethical behavior. Keep scrolling to read about their shocking treatment of its Muslim citizens...