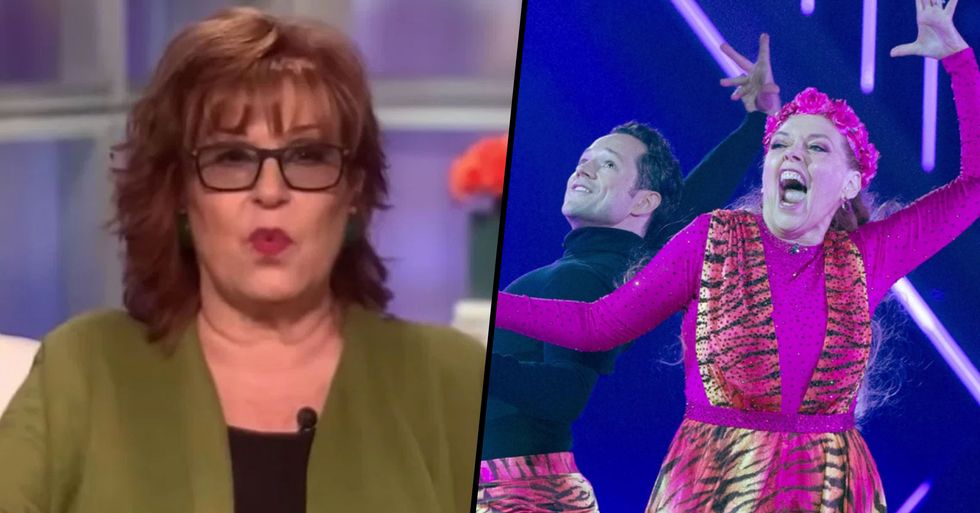 Carole Baskin made her debut performance on Dancing With the Stars on Monday, but it seems one person, aka Joy Behar, didn't get the Tiger King memo after making an impossible request.

And that wasn't the only thing to rain on Carole's parade for her performance...

It's been a stressful few days for Carole Baskin...

Carole just can't seem to shake off the repercussions of her somewhat questionable past but now she's spoken out about it and boy was it savage.

But her debut performance was tarnished with something a little more sinister.

To start off with, the family of Don Lewis, her missing ex-husband, paid for and organized a hard-hitting commercial...

The View host Joy Behar has thrown another major spanner in the works.

Now, for years, Carole has been embroiled in controversy regarding Don's sudden disappearance.

And when the reality star turned lawyer, Kim Kardashian, tweeted about the ordeal...

Carole joins a whole host of A-listers on the dancefloor.

Well, on Monday she made her dancing debut...

Incredible timing, you have to admit.

She spoke out about the whole fiasco to Metro.co.uk, and her response threw some shade at the family. Yikes.

Okay, Carole, we see you.

It seems as though she's got her eye on the prize, rather than on the haters or the family.

But, that's far from the end of the drama...

On Tuesday, the cohosts of The View discussed Carole Baskin's debut in the Dancing With the Stars and the subsequent commercial that aired before her performance.

But, while discussing the impact of the ad...

It was clear that Joy Behar didn't quite get the Tiger King memo.

Because she made an impossible request...

Um, does someone want to tell her?

Cohost Whoopi Goldberg quickly chimed in as the other women sat in shock. “He’s no longer on the planet, Joy. He’s no longer with us."

Watch the shocking moment below.

We think America would all be stunned by that one, Joy.

And... you can watch the full commercial they were discussing here.