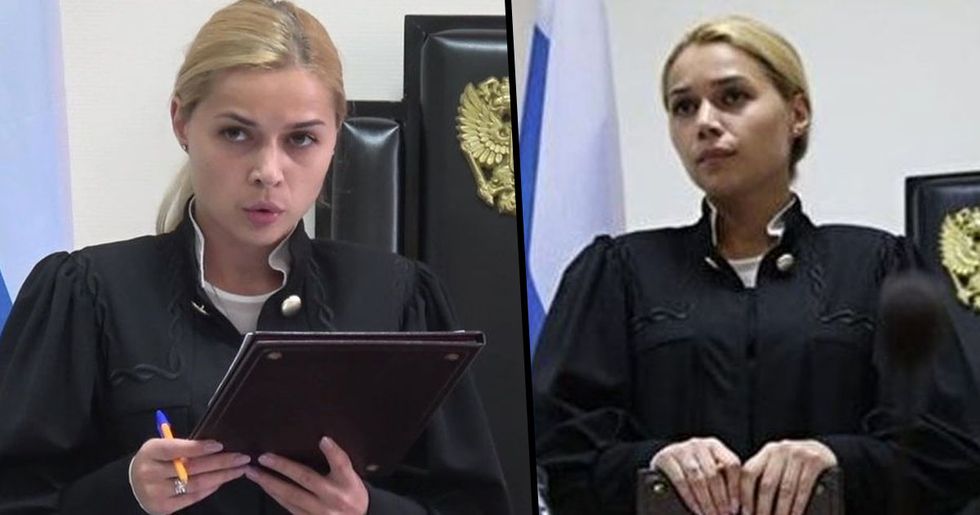 Many of us have a few things on our phones that we'd likely not be too keen on our friends, family, or co-workers seeing. And, for the most part, our most intimate secrets tend to remain just that - a secret. But for one judge in Russia, this, unfortunately, wasn't to be.

Irina Devayeva was forced to step down from her job in March this year after nude photos of her were leaked. And to make matters even worse for the official, it's thought that the leak was no fault of her own and was the result of a phone hack. But in spite of this, Devayeva has quit her job.

Many suspect that this is not quite the whole story. There appears to be a web of tensions spanning Devayeva's time in office, and now, some are speaking out on social media in her support.

Pretty much all of us are addicted to our phones. Even court judges...

Many of us spend pretty much every waking moment on our cell phones. In fact, they're almost an extension of ourselves.

They know everything! All the questions we need answers to, and even what say to our friends.

Text and Whatsapp messages and are recorded and effectively act as transcriptions of our every move.

When you think about it, technology is a little frightening.

And if a phone gets into the wrong hands, well, that could have massively detrimental consequences! We know we wouldn't want our phone history made public!

And there's one area in particular in which this is true.

Because in this day and age, a large proportion of our romantic engagements (*cough* *cough*) take place within the world of our phones.

And as embarrassing as it is, we're pretty sure that the vast majority of us have stuff on our phone that we'd rather stay well hidden...as one judge from Russia might agree with.

In recent years, there has been a proliferation of nude-sending

Where people send out photos of themselves in compromising positions.

Not that there's anything wrong with that.

But things start to fall into problematic territory if those nudes somehow end up in the wrong hands.

Because there are some things that you'd rather others didn't see.

Nudes have a pretty small and specific target audience - and the idea of them getting to anyone else doesn't bear thinking about!

But there's one realm, in particular, where you wouldn't want your nudes to surface.

In a professional environment!!!!

And if they were, what if these images released through any fault of your own

But were, instead, leaked as a result of something very underhand.

What if this was part of some sort of plan?

Many of us fear hacking for reasons relating to our financial security. But that's without even considering the nude-leak potential!

If someone managed to use your own (carefully protected) nudes against you, that just seems hugely unfair!

But it could get even worse.

In a professional context, these sorts of leaked images could be enough to destroy a career.

Such is the story of one judge from Russia.

Irina Devayeva was forced to step down from her post after some compromising images of her were released.

She was forced to step down...

But it was more of a complex issue, leading to a sort of enforced resignation.

Even though there's no reason that the photos should have got out.

There's no proof the photo had been published anywhere by Devayeva - leading most to believe that she had been hacked.

It's reported that the images were discovered online.

It was court chairman, Olga Bykovskay, who claimed to have unearthed the photographs of Devayeva's "bare chest."

But it was what happened next that was truly shocking.

Some claim that Devayeva posted the pics on her own accord - though many believe that she had been pressured into the situation.

And it gets even worse.

These images were not taken during the time that Devayeva was working as a judge - but were reportedly from a long time beforehand.

Many are refusing to take this story at face value.

In fact, there are some out there who believe the whole hacking and leaking was orchestrated on purpose to get Devayeva out.

Some believe that this wasn't even about the leaked nudes.

There's a suspicion that Devayeva was already under pressure to quit her job after a controversial ruling allowing teenagers linked to extremist groups to be sentenced with just house arrest was passed on her watch.

This led to Devayeva having issues at work.

Some report a "tense relationship" between the judge and her colleagues thanks to this ruling, which many point to as the beginning of this story.

But what happened to Devayeva has left many feeling confused.

According to Lad Bible, many have come out in support of the judge, with one person writing, "Hacking a phone is not an offence, no? And what about the right to privacy? Or did the old Soviet hypocrisy never disappear? Or is it just that the phrase 'honest judge' is now an oxymoron?"

Others had a different reaction.

One commented, "How easy it turned out to end the career of an inconvenient individual in Russia. All it takes is hacking their phone or filming them with a hidden camera - or easier yet, showing intimate photos to the bosses."

Some saw it as a systematic issue.

Many are concerned it points to a wider level of corruption, with one person writing, "The system pushes out the honest."

We suspect that if the worst aspects of anyone's phone history were hacked and published, they would be pretty humiliated.

But more than unfair, it's actually quite frightening.

The idea that a system could take control of your phone in order to find a reason to fire you is pretty terrifying if you think about it.

Especially considering how attached to our phones we all are.

Maybe it'll make us think twice about what we allow our phones to have access to, just in case a similar hack happens to us!