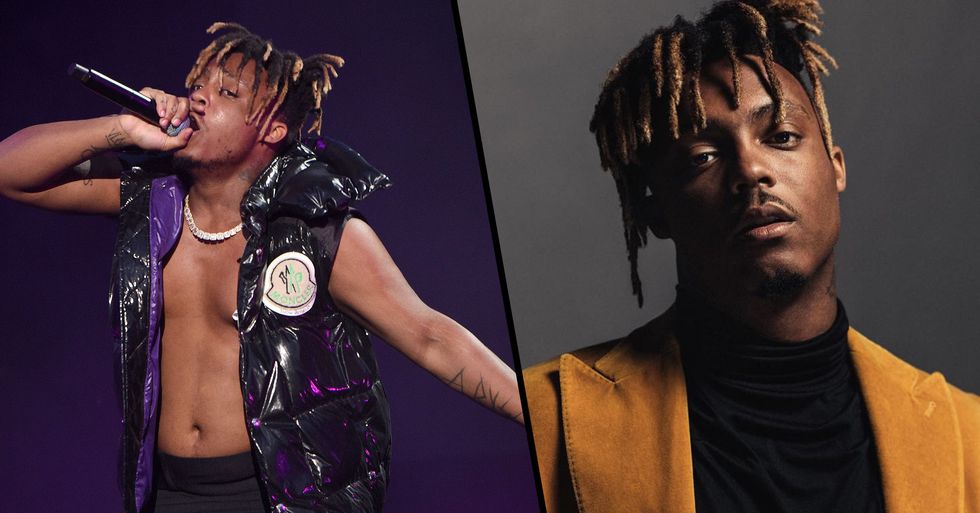 Juice Wrld Died With 2,000 Unreleased Songs Under His Belt

Late last year, we received the unfortunate news that singer and rapper Juice Wrld had passed away. It was news that truly shocked the music world, and fans have been left in mourning ever since.

But now some shocking new revelations about his music have been revealed. Keep reading for all the details.

Juice WRLD accomplished so much in so little time and his music will live on forever
— New Branches (@New Branches)1575872857.0

Fans were really shaken by the news of his death.

The hashtag "#blackforjuicewrld" had been trending on social media as fans have united to mourn the death of their beloved singer.

Even famous faces, such as Camila Cabello and Chance The Rapper posted about their heartbreak.

At around 02:00 local time (08:00 GMT), the incident took a turn for the worst and Juice Wrld was taken to hospital, where he was pronounced dead. Keep scrolling to find out what caused this sudden loss.

Fans at the time thought he knew he was going to die because of certain clues...

Juice Wrld's most loyal followers, started piecing things together, eventually coming to the conclusion that the late singer knew he was going to die aged twenty-one. On 3 separate occasions, he left clues that lead to the moment.

Is it just a coincidence? We think not.

Before his death, Juice tweeted about his twenty-first birthday and how it was "one of his best [birthdays]" yet.

However, the Cook County medical examiner’s office confirmed the cause of death.

The official autopsy for Juice Wrld was made public knowledge and stated that the rapper had in fact died for an accidental overdose on oxycodone and codeine.

The results had been pending for a while as investigations continued...

After finding forty-one bags of what is believed to be marijuana, 6 bottles of suspected liquid codeine and seventy pounds of actual marijuana on his private jet, additional tests had to be run to rule all other factors out.

No one has been charged with drug possession.

CPD spokesman Anthony Guglielmi said: "No one has claimed ownership of the drugs, and I haven’t heard any updates. Federal prosecutors deferred the case to local law enforcement."

However, Juice's guards were later charged with gun possession.

They were all said to be in possession of unlawful handguns which had been discovered as part of the investigation.

The rapper had been open about his drug use in his music.

He often spoke about marijuana use and how he was reliant on anti-anxiety medication such as Xanax.

Even after claiming he had stopped taking it... it was the ultimate downfall.

Even though the overdose was an accident, it was fatal.

Now, some shocking revelations have been unearthed with regards to his music.

You may remember that last week, twenty-six of his songs were leaked, before being removed with no trace.

But it seems he had way more unreleased content under his belt...

Two-thousand songs, to be precise.

Which begs the question...

Can we be expecting a posthumous album from the rapper?

According to sources from TMZ, the rapper was constantly creating music...

Which is what led to the staggering bank of tracks he's left behind.

His family released this snap on his Instagram last week:

His team is reportedly discussing ways to pay tribute to the late star with his unreleased work. Rest in peace, Juice Wrld. If you want to celebrate the lives of other legends we lost last year, then keep on reading.