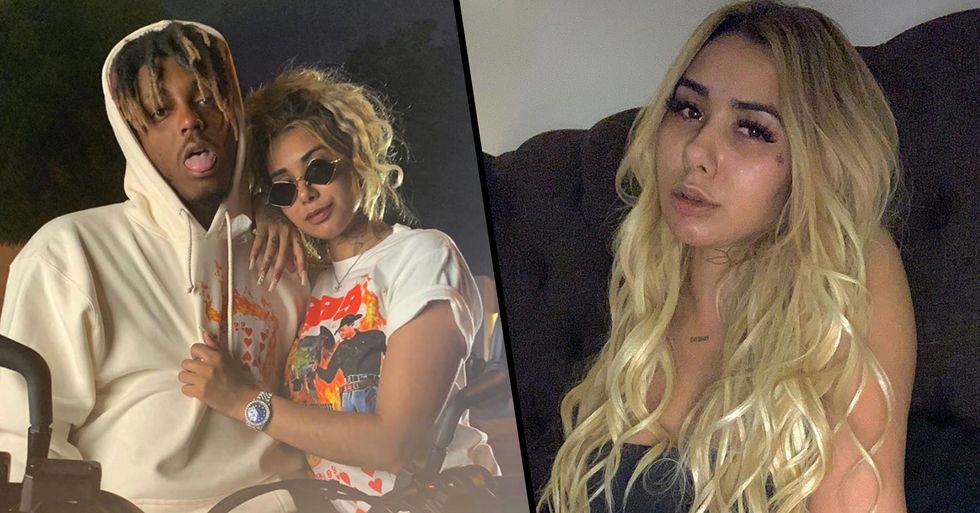 One thing everyone always says is "life is never fair," and that rings true for this story in particular. Earlier this month, we received the unfortunate news that singer and rapper Juice Wrld had passed away, leaving behind a plethora of fans, friends, family, and of course, his longtime girlfriend, Ally Lotti.

It has been just over a week since the rapper passed away and a whole host of people have been paying tribute to the late star. Now, Ally has spoken out for the first time following Juice's unfortunate death.

Mental health, mortality, and drug use were common themes in his music, and this led him to grab the attention of the youth. His music became an outlet for them and he was quickly branded the "artist of the generation."

Juice WRLD accomplished so much in so little time and his music will live on forever
— New Branches (@New Branches)1575872857.0

At around 02:00 local time (08:00 GMT), the incident took a turn for the worst and Juice Wrld was taken to hospital, where he was pronounced dead.

But some fans think he knew he was going to die because of certain clues...

Is it just a coincidence?

Only a matter of weeks ago did Juice tweet about his twenty-first birthday and how it was "one of his best [birthdays]" yet.

The late rapper suffered a seizure at Chicago Midway Airport and was subsequently rushed to hospital before tragically passing away.

Few details had surfaced about his cause of death, until recently.

His fatal seizure was allegedly induced by an overdose of Percocet painkillers, which the rapper reportedly swallowed in a bid to hide them from police officers at the airport.

The pilot flying the musician's jet had grown suspicious of Juice...

And alerted the police that he may be in possession of drugs and contraband.

The police met Juice at the airport...

And as officers began searching through his and his entourage’s suitcases, which were found to contain seventy pounds of marijuana and 6 bottles of prescription codeine cough syrup, the up and coming artist was reportedly seen swallowing several of the Percocet pills, in what witnesses believe was an attempt to hide them. Juice’s 2 bodyguards were arrested by the police at the airport after they were found to be in possession of the 3 guns found in the search, in addition to a high-capacity magazine and metal-piercing bullets. The consumption of these pills likely contributed to the musician's premature death.

His girlfriend, Ally Lotti, has spoken out for the first time since Juice's untimely death.

And her words have hit home for fans.

According to The New York Times, the couple met as Juice was beginning to rise in the music ranks, which initially concerned many of his friends.

Juice previously admitted that his relationship with Ally helped him overcome his drug misuse.

The rapper announced back in July that he was addicted to the recreational use of codeine and publicly apologized to Lotti for “scaring her" with his drug use. "Bae I’m sorry I be tweaking, you’ve put up with more than ppl know I know I be scaring you, f*** Codeine I’m done. I love you and im letting it be known publicly that ain’t s*** f**king up the real love I found. Learn from this everyone. Addiction kills all but you can overcome," he wrote.

Ally posted her last ever Instagram with her boyfriend just 3 days before his death.

"trust you w my life," she wrote in the caption.

This week, Ally has spoken out for the first time since the rapper's death.

She spoke about her late boyfriend on stage at the Rolling Loud festival at the Banc of California Stadium in Los Angeles.

Her words are utterly heart wrenching...

She started off by telling the crowd how Juice "loved every single person that he helped on this Earth."

"He literally loved every single one of you guys." "There is not a time when he had shown me any different love than he felt for you," she added. "He wants everyone to know that you need to take any negative, any negative thing in your life, he would tell you every time he saw you and change that to a positive situation." So tragic. R.I.P Juice Wrld. For more on stars we've sadly lost this year, keep scrolling.
20%