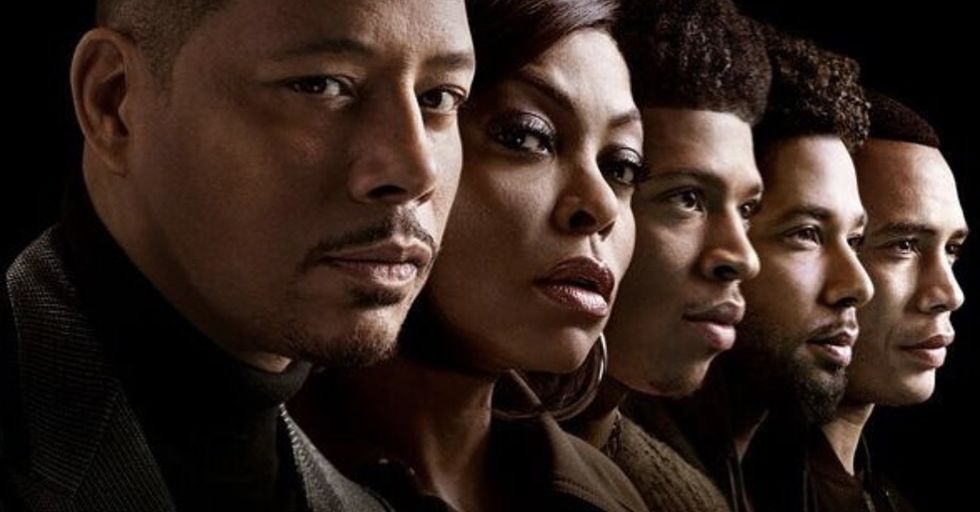 Jussie Smollett Will Not Return to 'Empire' for Final Season

When an actor leaves a television show suddenly, wildfire rumors generally follow. Television fans are passionate. They want to know every single detail that leads to the decision to write a character out of a hit show. Were they written out? Was it a pay issue? Do they not get along with the rest of the cast? No matter how many times people are reminded that actors are just people and a role in a TV show, at the end of the day, is just a job, they can't help but dream up some drama surrounding it.

For quite a while, there has been speculation that actor, Jussie Smollett, would not return for the final season of Empire, and it appears that that's now been made official.

Even if you don't watch Empire, you may be familiar with Smollett's name and the scandal that surrounded him recently. Keep reading to find out more about what's going on with his role in Empire.

Jussie Smollett is an American actor and singer.

He's been acting since he was a small child and his early movie credits include The Mighty Ducks and North.

He also appeared in Alien: Covenant as a character named Ricks.

Smollett is also a talented singer. He released his debut album, Sum of My Music, in 2018.

But he's probably best known for his role in Fox's Empire.

Since its premiere back in 2015, Empire has become a huge success. The show follows a hip-hop mogul who must choose a successor from his three sons. It's co-created by Oscar-nominated director and writer, Lee Daniels.

It's a thrilling, dramatic, and juicy show.

Empire has a stellar cast of extremely talented actors.

Lucious Lyon is a former drug dealer and current CEO of "Empire Entertainment".

Played by the incredibly talented Taraji P. Henson. Cookie is a fan-favorite amongst Empire loyalists. She's the wife of Lucious Lyon and the mother of his three sons.

He's Lucious' favorite child, and pretty much obsessed with fame.

Jamal is a successful gay singer-songwriter. The character has garnered critical acclaim for its positive portrayal of a gay black man on television.

Smollett has been in the role since the beginning of the show, but it appears as though his run has come to an end.

On Tuesday, a report circulated stating that writers were preparing for the sixth, and last, season of the show and that Smollett was returning.

But creator, Lee Daniels, quickly shut that down in a tweet.

Variety had tweeted out the article, which explained that writers were preparing for Smollett's return. But that's not the case.

There has been a lot of speculation about whether or not Smollett would return to Empire.

He was previously written out of season five after he was arrested back in February for allegedly filing a false police report. In the report, he claimed that he was the victim of a hate crime.

But all charges against Smollett have been dropped.

The city of Chicago wants Smollett to pay over $130,000 for "investigatory fees," but Smollett has refused to cover.

There had previously been hope that Smollett would re-appear in the show.

When Empire was renewed in April, there were "no plans" for Smollett to come back, but his contract had been extended, leaving the door potentially open.

"We've been told that Jussie will not be on Empire in the beginning of the season but he appreciates they have extended his contract to keep Jamal’s future open," Smollett's rep had told ETOnline.

But a definitive answer was not given.

People remained curious. They wanted to know if Smollett would be back at all.

The head of Fox Entertainment didn't offer any clear answers when asked back in May.

"There is an option [for him to return]. [At] this point, we have no plans for that," the CEO of Fox Entertainment had said.

Smollett's character was pretty much wrapped up the last time he appeared on the show.

Jamal married his love, Kai, in a wedding attended by friends and family. Lucious and Cookie escorted Jamal down the aisle, in a tender episode.

The show then addressed Jamal's absence.

Smollett was very invested in his character's arc.

According to ETOnline, Jamal's arc was a "creative priority" for Smollett. "This was an episode that Jussie really championed with the writers and a storyline he is proud of," the source told the publication.

The Empire cast rallied behind Smollett during this uncertain time.

They sent a letter to Fox.

The cast sent a letter to Fox and Disney, asking them to reinstate Smollett for the sixth and final season.

The letter was written on April 19.

“Together, as a united front, we stand with Jussie Smollett and ask that our co-star, brother and friend be brought back for our sixth season of Empire," the cast wrote in the letter, obtained by Deadline.

“We understand the past months have been difficult to process—sometimes the headlines brought more confusion than clarity, yet we now have a conclusion to this ordeal," the letter also said.

“Throughout Empire’s five seasons working with Jussie and watching how he has conducted himself throughout this traumatic event, we have come to know not just the character Jussie portrays, but also truly come to know Jussie’s personal character," the letter says.

The support was pretty much unwavering.

“He is kind. He is compassionate. He is honest and above all, he is filled with integrity," the letter reads.

The letter continues, "He is also innocent and no longer subject to legal uncertainty with the criminal charges against him having been dropped. We are confident in his lawyer’s assurance that the case was dismissed because it would not have prevailed."

And it pointed out the current political climate.

“It’s clearer every day that the extreme political climate in our country has only made our system of justice and the court of public opinion more unjust".

"It is why now, more than ever, we must stand together as a family," the cast wrote in the letter.

But it appears that Smollett will officially not be returning for the final season.

You can read the entire letter here. Smollett might not be returning to Empire, but it's clear that he will always be an integral and beloved part of the Lyon, and Empire, family.