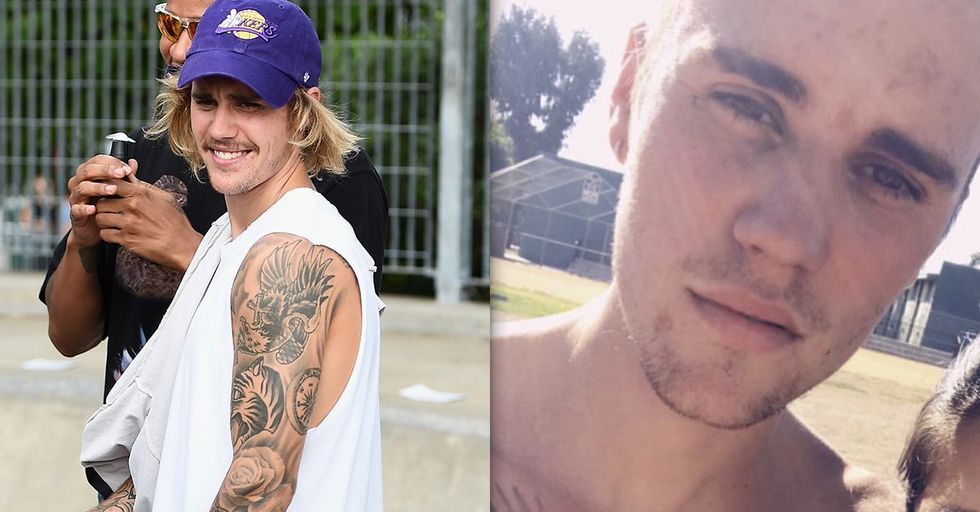 Justin Bieber Gets Face Tattoo and Fans Are Shook

Justin Bieber is proving to be a mysterious figure lately. The star has been featured in various news stories over the past couple of months – from burrito eating stunts to wild marriage rumors– surrounding his relationship with Hailey Baldwin. Side note: does anyone actually know if they're married or not? As it seems, the star sure likes keeping fans on their toes!

Which is exactly what fans are doing in the face of a new Bieber buzz. As it turns out, Justin has had a face tattoo for the past couple of months – and nobody realized it!

Somehow, Bieber and his tattoo have flown under the radar until recently. So, clearly, everyone is dying to know more about this subtle addition. We're going to share with you what we know so far!

Yep, you heard that right. Justin Bieber has a face tattoo, and nobody noticed.

Until now, that is! But if you haven’t spotted it, it wouldn’t be surprising. The tattoo is extremely subtle and finely inked.

Can you spot it?

The words "discreet" and "face tattoos" don’t usually go together, but that’s the case here! It’s so small that, after spotting it, nobody has been able to read what it says.

Yep, right over Bieber’s eyebrow, you can see the tattoo. Clearly, you’ll have to use your imagination for the time being if you’re wondering what the message on his brow reads.

The tattoo is part of a romantic gesture.

Justin’s tattoo artist, Bang Bang (aka Keith McCurdy) confirmed the existence of the tattoo and even told Page Six in an interview that it’s apparently part of a couples’ tattoo with fiancé/wife Hailey Baldwin.

Despite the confirmation, McCurdy wouldn’t say what the tattoo is.

"They each got a tattoo," he said in his interview. “Justin’s tattoo is on his face, and I haven’t seen any photos of it — so he’s doing a good job of laying low. It’s really thin and delicate. And [it’s] also not a traditional couples’ tattoo…I don’t want to give away what it is until press gets a hold of it." The mystery still stands. Share this story with all the Justin Bieber fans you know!