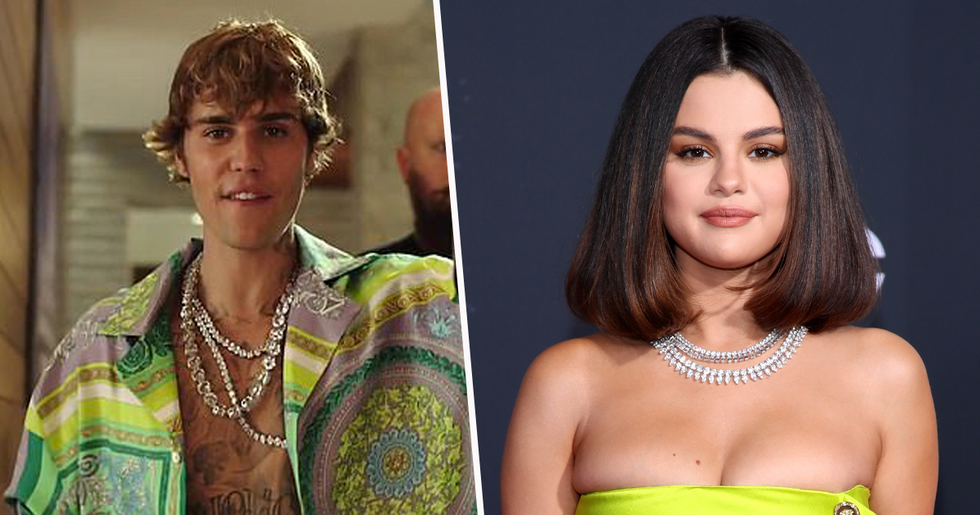 The drama between Selena Gomez and Justin Bieber continues! After Hailey and Justin (re)married in South Carolina, Selena released what's sure to be her final song about ex-flame Justin, "Lose You To Love Me." The song was a real tear-jerker and shows Gomez's growth and strength after Justin left her and married Hailey weeks later. Feeling exhausted yet? Us too.

But then, Hailey responded to Gomez's new song release on Instagram - in a weirdly threatening way.

And just when you thought things had calmed down between the 3, Bieber has lip-synced his exes name in a new music vid.

The pair then decided to make things public, hosting a giant wedding ceremony in South Carolina.

You may be thinking, what did Hailey make of all this?

Having your hubby slated as a trash boyfriend for all the world to see can't be a pleasant experience, after all.

HAILEY MARRIED THIS GUY TWO MONTHS AFTER HE TOOK SELENA TO HIS DAD’S WEDDING AND NOW SHE IS PRESSED THAT SELENA REL… https://t.co/jZpJZKzaIk
— 𝒿𝒶𝑔𝑜𝒹𝒶 (@𝒿𝒶𝑔𝑜𝒹𝒶)1571805308.0

This looks much worse on Hailey than Selena - in fact, Selena looks way better in this whole interaction.

Because then Selena has unveiled a very controversial new tattoo.

Because people noticed something ...

And the Justin and Selena conspiracy theorists were out in full force.

And, as ever, fans could not stop talking about Justin!

People thought she might be donning some Bieber merch.

Selena's tatt reads, "Rare," which is the name of her album. The album that's basically about Justin Bieber. And now, there's been another Justin and Selena development - he's actually lipsynced her name in a new music vid!