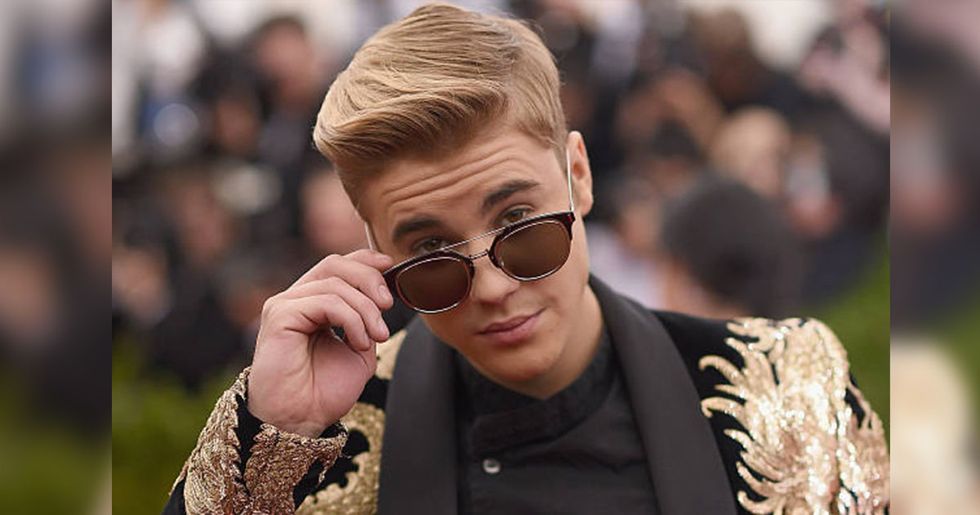 One thing Biebs is a fan of? Getting inked.

After first crossing paths in 2009, they got together officially three years later.

As you'd imagine, the now 25-year-old is much more mature.

And he bears little resemblance to the style that he became known for all those years ago.

But the one thing he loves the most?

The star truly is a huge fan of tattoos.

And it shows. He has more than fifty of them!

The hitmaker first got inked aged 16.

There was no messing around when it came to getting tatted up - hitting the tattoo parlor on his sixteenth birthday to get a tiny seagull inked onto his hip.

He's been adding more and more ink to his body in recent years.

From his chest and arms to his stomach and even face, there are hardly any places on his body the tattoo needle is yet to touch.

But the star's newest tat has really got people talking.

Why you may ask? Well, because of where it is.

The star was spotted leaving church on Wednesday with Hailey donning his new ink.

And he subsequently he took to Instagram to tease fans, asking if they were interested in seeing the tattoo.

And of course, people said yes.

So, today he finally gave us what we wanted.

Biebs posted the long-awaited snap of his new ink today.

The star's new neck tat features a large bird along with the word "forever." We doubt he'll be stopping anytime soon... The star recently revealed that his rise to fame caused him to feel "suicidal." Keep scrolling to learn more about what the star honestly and openly admitted about his stardom. It's really shocking...