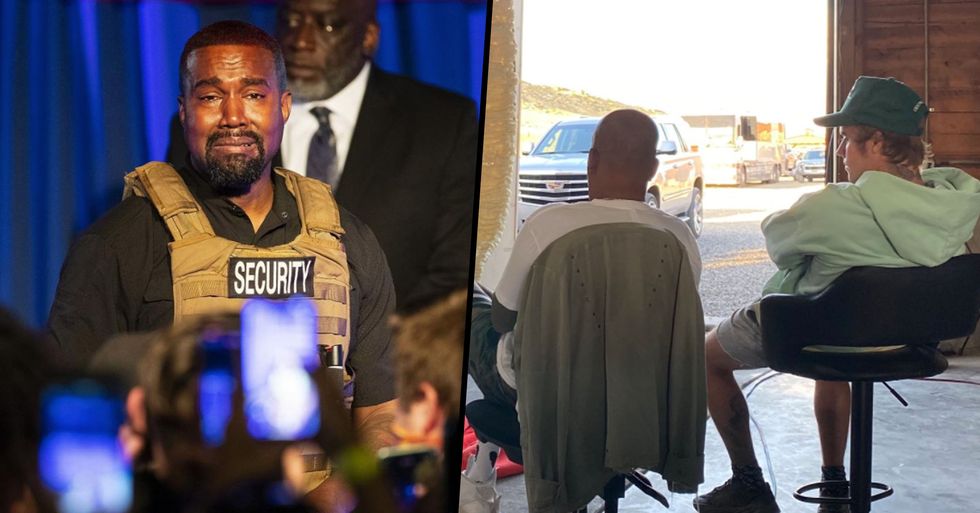 Justin Bieber Visits Kanye West at His Ranch in Wyoming

While Kanye West continues to avoid his wife and her family following his alarming break down last week, he has reportedly been having some pretty famous visitors at his Wyoming ranch...

And he has had some pretty famous visitors throughout the last week.

And, just over a week ago, he hosted his first-ever campaign rally.

Kim's efforts to reach out to her husband have, so far, been to no avail...

Kim has allegedly been struggling to reach Kanye since he flew out for his South Carolina rally over a week ago, TMZ reports.

The beauty mogul reportedly made attempts to talk to Kanye about his mental state...

Sources say she suggested twice that she fly to their Wyoming ranch where he's been staying, but he's shot her down both times.

Kanye is evidently in no mood to see his wife...

But that doesn't mean he isn't open to having other visitors.

It was reported that, over the weekend, Justin Bieber visited Kanye at his ranch.

Justin and wife, Hailey, have been driving around the country in their RV, and they made a stop at Kanye's Wyoming ranch.

Kanye shared a photo of their visit on Twitter.

The photo, which was taken from behind, shows Justin sitting and talking with Damon Dash in a cluttered garage, and had the caption: "DD & JB discussing the new spray foam wall prototypes on the YZY campus."

Justin has been close to Kanye for quite some time now...

So we can only assume that he was there for a more supportive visit, rather than a business one.

Kanye is yet to reach out to his wife...

But we can only hope that he gets the help he so desperately needs soon.