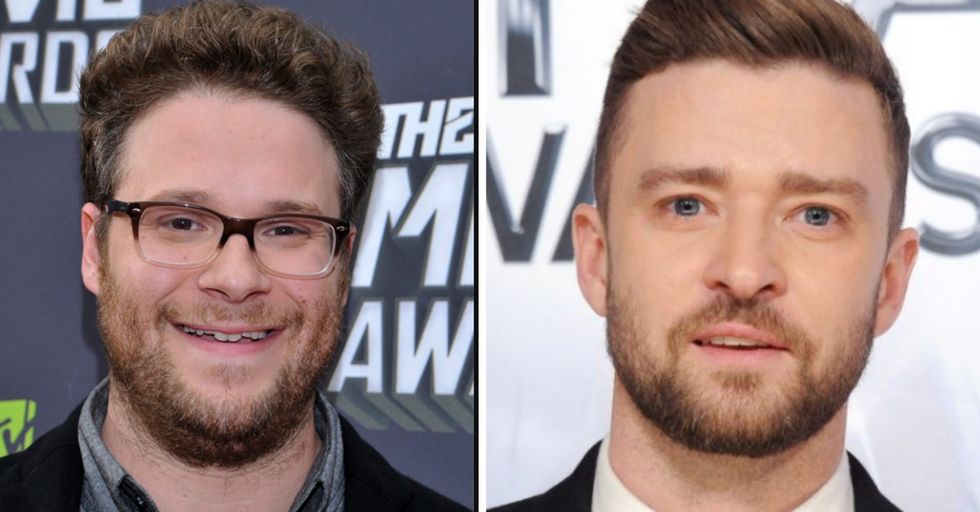 What do Seth Rogen and Justin Timberlake have in common? If you ask Seth, he would probably say not much. But according to a tweet, Justin would beg to differ.

It all started with this tweet from Seth, playfully comparing him and his wife to Justin and wife Jessica Biel.

A little more self-deprecation, because that's basically what Twitter is for.

Someone was pretty excited.

And a little philosophical.

I'd say they both came out on top.