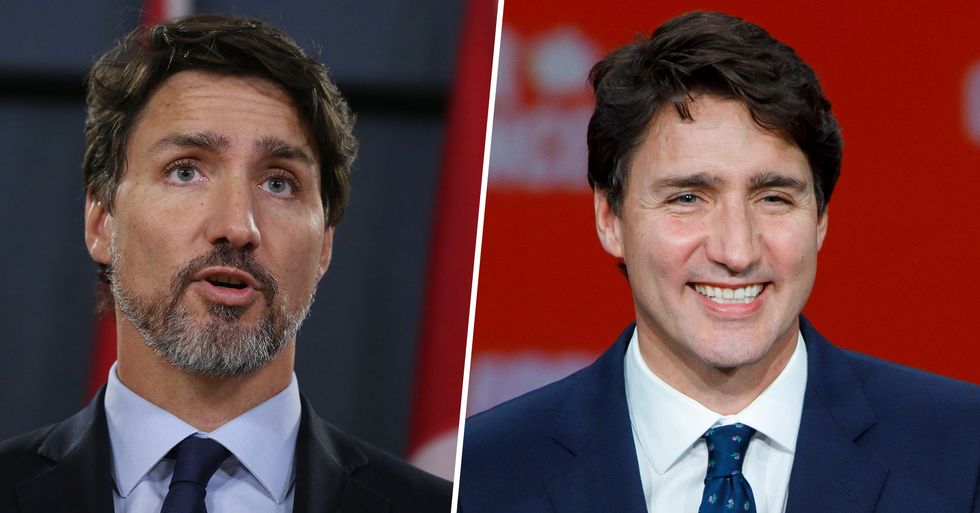 Justin Trudeau has recently announced that the coronavirus vaccine will be free for all Canadians. But that wasn't all...

Justin Trudeau has recently made an important announcement...

And it concerns the topic that everyone's currently talking about: The coronavirus vaccine.

However, will he go on to regret what he has told everyone?

While some people are glad he cleared things up, others are confused as to how he will achieve such an optimistic goal. If it was that easy, surely everyone would do it, right?

Justin Trudeau has been trying to create change with his leadership.

Trudeau has always been known for his inclusive policies.

But, as with any leader, he isn't exactly perfect...

Sadly, he was involved in a few problematic incidents in his past, including getting involved in black and brownface when he was in his late twenties. Oh, Justin.

But thankfully, unlike other politicians, Trudeau took full accountability for his actions.

This doesn't take away from his distasteful actions, but I'm glad one world leader has finally realized his faults and apologized for them. “I apologize profoundly. I regret it deeply. I’m deeply sorry I did that, I should have known better," he said, clearly disappointed in his own past actions.

And Trudeau went as far as to make calls to his colleagues to apologize for his behavior.

"Obviously I regret that I did it," he said. "I’m pissed off at myself, obviously." Now that's a leader, one that takes responsibility for his actions.

And now he's doing his best to make Canadians proud.

As the coronavirus pandemic continues to ravage the world, the Canadian Prime Minister is already thinking about the future and how it's going to affect the people of his country.

He hopes that a successful vaccine is in the works.

And plans to offer it to all Canadians, for free, when it is ready to distribute.

On October 7th, in the Canadian House of Commons, he was asked some tough questions...

Including one from his opposition leader, Jagmeet Singh.

Singh described the people of Canada as "worried" and "deeply concerned."

This is because they weren't sure if the vaccine would be accessible to everyone or if they could even afford to take it when it does become available.

Once a vaccine is ready, will the Prime Minister commit clearly that that vaccine will be freely available to all Canadians?"

And it seems as though Trudeau was prepared with a response.

"We deeply cherish our universal healthcare system and that means that things like lifesaving vaccines are free for Canadians."

"We indeed put forward a committee of independent experts to help council the Government on the best way to ensure the vaccines are distributed fairly, equitably, and in the right priority way so that Canadians can be as safe as possible."

But even though he made a positive statement, people, AKA taxpayers had their own say...

However, Trudeau has emphasized that it will be "prioritized" for those that are vulnerable and essential workers too.

But he did not further explain who classes as "vulnerable" or not.

Which is a drop in the ocean compared to the 7 million cases we have here. Hopefully, a vaccine is on the horizon. While we wait, have a read about how our president is dealing with the after-effects of getting coronavirus...