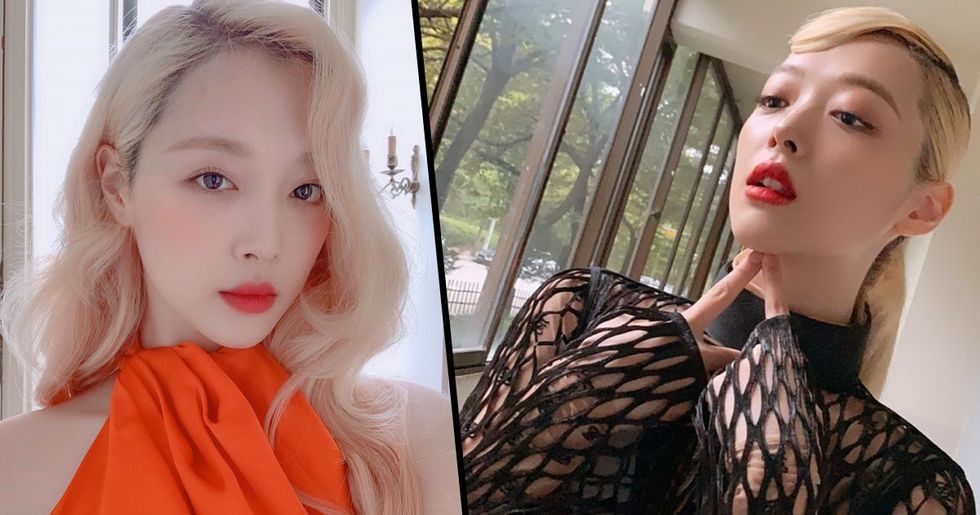 On the contrary to popular belief, the Korean Pop industry isn't filled with just rainbows and glitter. The entire thing is known to be brimming with scandals, controversies, vitamin pills, and slave-contracts. Even though things have gotten better than they used to be, it seems as though the consequences of prior abuse are finally starting to show.

And nothing hits harder than finding out that one of the most prominent K-pop stars has been found dead. Choi Jin-Ri, better known by her stage name, Sulli, was found dead in her home earlier today.

Keep reading to find out all the details around the story.

Sulli has been found dead in her apartment.

The body of the former member of the K-pop group f(x) has been discovered in her apartment south of Seoul.

Police have said that her manager found her unconscious...

After not answering any of her manager's calls, he decided to check on the popular singer and actor, only to find her body laying in her apartment.

While there is no evidence of the cause of death, police think that it may have been suicide.

The star was known to be battling depression for years now after there were many scandals about her liberal stance in a very conservative South Korea.

Due to the controversies surrounding her comments, she was forced to leave F(x).

The members in the band had no say on the matter, but following her departure, they were put on the shelf due to their lack of opportunity in the industry. That became the start of a life that was slowly spiraling downwards for Sulli. The fact that she was already receiving so much hate while she was the face of the group, and that only got worse after she left, must have been a burden for a woman in her early twenties to handle.

She took a three-year hiatus before coming back into the spotlight.

After her break from the industry, she came back better than ever, continuing her musical journey but as a solo artist. She also became a fashion icon, representing brands like Prada and Chanel.

However, the consequences of her previous abuse had never gone away.

SM Entertainment, the label she was contracted under, was known to be a tough place to survive. Their working conditions, as well as their wages, were horrendous. An investigation into their "slave-like contracts" was a scandal surrounding the company for a while, though they managed to cover it up by churning out more and more talent via boy groups.

The company commented released a statement upon hearing the news.

They said they were "heartbroken" and "devastated." But they didn't seem to feel that way when they released Sulli, did they? Only when she's dead is anyone bothered that she was constantly being given a hard time by the media and everyone surrounding her.

This isn't the first case of a depressed K-pop star under the SM label.

Approximately two years ago, Jonghyun, a member of the global K-pop sensation group Shinee was also found dead in his apartment after he committed suicide via carbon monoxide poisoning.

Then started the conversation on how there is a lack of support for stars who enter the K-pop industry as they are forced to deal with the backlash of just being themselves. How many more stars have to die before something is done?

She posted a selfie four days ago on her personal Instagram where she was smiling. The news of her death came as a shock to everyone. The police investigation is under-way but so far they have announced that there is no sign of a suicide note.

Fans have taken to Twitter to pay their respect to the late singer and actor.

"No one listened to me." My heart breaks looking at these pictures.

These two deserved so much more than what they were given.

It's just so sad to know they suffered so much that they couldn't carry on.

Fans are devastated over the loss.

This is a good idea.

Sulli was indeed a trailblazer. Let's remember her for everything she stood for. We love you, Sulli.

And sadly, we have lost many inspirations this year.

We've compiled a list of those who deserve to be celebrated along with Sulli. RIP, rest well, Choi Jin-Ri.