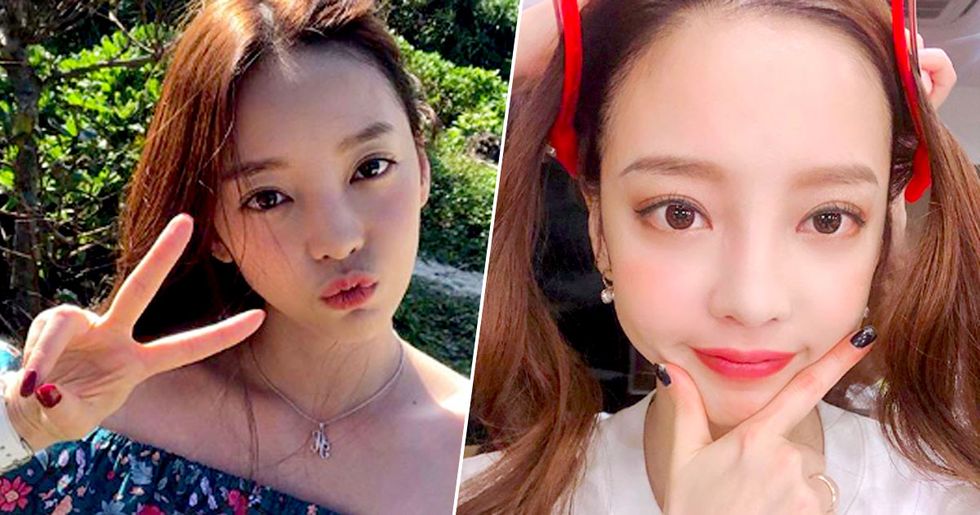 The K-Pop legend, Goo Hara, has tragically been found dead at the tender age of just 28 years old.

The former member of Kara, who also worked in numerous Korean television series as an actress, was found dead at her home in Cheongdam-dong, Gangnam earlier today.

Our thoughts go out to Goo Hara's family and friends at this hard time.

She was a member of Kara.

Hara was perhaps best known for her role in the K-Pop girl-band, Kara, who she joined in 2008 following the departure of former member Kim Sung-hee.

In January 2015, Gyuri, Seungyeon and Hara's contracts with Kara expired resulting in the highly-popular girl band eventually splitting up.

But that's not all Goo Hara was famous for.

In 2009, she became a cast member of the KBS hit reality show, Invincible Youth. The show focused on seven young individuals who were all legends in the K-Pop world.

They were forced to live in the wild.

The seven competitors, of which Goo Hara was one, were taken out of their comfort zones and forced to live in the rural Korean outdoors. Hara was known for doing particularly well on the show, seeing off many of her rivals.

She then made her acting debut.

Two years later, Hara made her acting debut on City Hunter, where she starred in the role of Choi Da-hye, the daughter of South Korea's president. Hara had a number of different roles on a variety of TV shows before she was given her own show.

On & Off was Goo Hara's own reality show.

At the end of 2014, Hara starred in her own reality show, On & Off, which followed her round in her daily life.

Hara had an infamous battle with her mental health and had long struggled against it. According to La Republic, a lot of the depression stemmed from a toxic relationship with her ex-boyfriend, which was both emotionally and physically abusive.

Just last year, Goo Hara filed a lawsuit against her former boyfriend, Choi Jong-bum, a footballer who formerly played for South Korea. She filed the lawsuit after he uploaded a nude image of Hara to the internet without her consent.

He was sentenced to over a year in prison.

After the trial, Choi was sentenced to a year and a half in prison after being convicted of threatening, coercioning, injuring, and destroying Goo's property.

In May this year, Goo Hara tried to take her own life.

Goo was found unconscious by her manager at her home after, reportedly, trying to take her own life. She was rushed to hospital and nursed back to health.

She made a statement after the suicide attempt.

In her apology, she wrote:

I am sorry for causing concerns and a commotion. In terms of health, I am recovering ... I had been in agony over a number of overlapping issues. But from now on, I will steel my heart and try to show up healthy.

Goo was close friends with Sulli.

Goo Hara has already took the same path as Sulli now. In that place, no one can ever hurt these girls anymore. Res… https://t.co/JqcukdPrFl
— wonderdarna (@wonderdarna)1574596506.0

Goo was also close friends with another K-pop legend and actor, Sulli, who tragically passed away last month after being found unconscious at her home in Seongnam.

Goo Hara was found dead at her home in Cheongdam, Seoul, South Korea, earlier today. She was only 28.

The police confirmed the news.

We received a report on November 24, 6:30pm KST about a death. We are currently investigating the cause.

Tributes have poured in for the superstar.

I can't believe we lost another angel. I was worried Sulli's death would affect her badly, and now we've come to this. Goo Hara has now joined her best friend. Sorry for being unheard. May you both rest in peace.

Our deepest condolences to goo hara's family, friends, fans and beloved ones. may she rest in peace. she is and will be remembered by her hard work and strong self. you did well, hara.

Many mentioned the passing of Sulli too.

Many of those paying tribute to Hara also mentioned the passing of Sulli last month. One person wrote:

Look, its okay If you dont stan the group/idol. What's not okay if you bully,send death threat to them and judging them and more. Please I beg you if your doing that. Please stop. We lost Jonghyun,We lost Sulli and we lost Goo Hara. That's too many beautiful souls,Angles.

Her cause of death has not yet been revealed.

Police are still investigating Hara's cause of death at the minute. It is expecting to be revealed over the next few days.

Our thoughts go out to all of Hara's family and friends at this very hard time. Rest in peace.