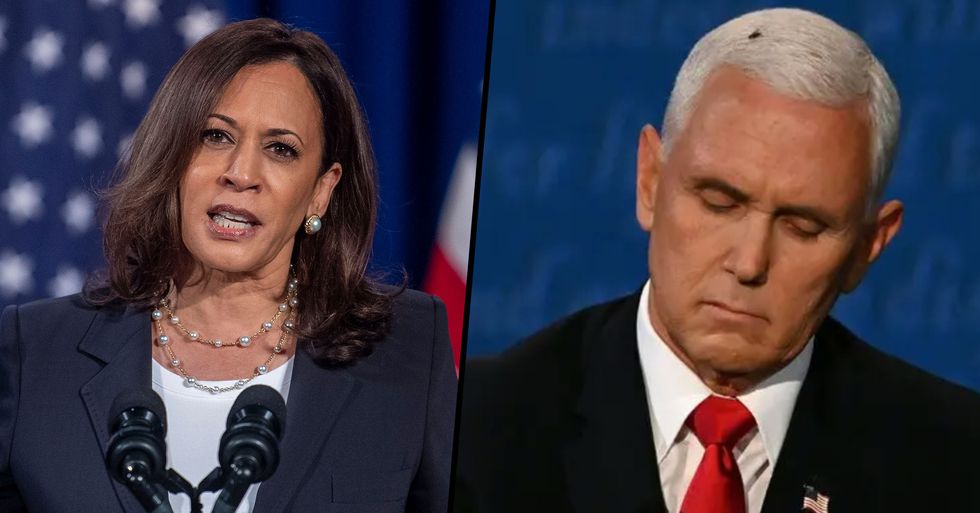 The viral fly that landed on Mike Pence's head during the vice presidential debate deserves a star on Hollywood's Walk of Fame at this point. But after all the commotion and all the memes, Kamala Harris has now given us her reaction and it's pretty hilarious...

Who'd have thought one insect could create such a viral snowstorm?

As soon as the pesky fly took its spot on Pence's silver head of hair, #FlyGate was quick to start trending on Twitter.

And now, over a week after it happened, Kamala Harris has finally given us her reaction to the incident...

And the video is pretty hilarious.

You all watched the vice-presidential debate, right?

Plenty of shots were fired...

But, out of all the memorable moments the debate had to offer...

There was one slightly more ridiculous occasion that has stuck in people's minds.

As mentioned earlier, a fly landed on Pence's head during the debate...

And viewers were transfixed.

Ridiculously, the fly stayed in its position for around 5 minutes...

As Pence, clearly oblivious to his visitor, continued with the debate.

Of course, Twitter has been a #FlyGate minefield ever since...

And I have to admit, the reactions and memes have been pretty funny.

I love the internet, sometimes.

But now, his opponent in that very debate has given us her hilarious reaction to the incident.

So far, no one has had the guts to ask Kamala Harris if she'd noticed the fly until now.

Rachel Maddow said that she'd kick herself if she didn't ask...

And of course, Harris tried her best to keep it in, but she just couldn't. The laughter overtook her as she nodded in response to the question: "Did you notice the fly on VP Pence's head?"

And that also sent the host into hysterics too.

What an iconic moment.

In other news regarding the election, check out why records have already been broken despite the day of judgment being nineteen days away...